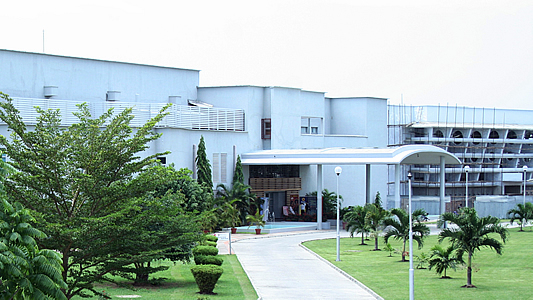 The Lagos Business School has received N400 million from the Gamaliel and Susan Onosode Foundation, GAMSU, toward the enhancement of the institute’s research activities.

The LBS said in a statement that the donation was the second and last tranche of GAMSU’s disbursement in fulfillment of its pledge to the school.

It said the donation was given by the Onosode family on behalf of GAMSU, a not-for-profit and non-political organization.

Mr. Onosode, an administrator and a former presidential candidate of the All Nigeria People’s Party of Nigeria and pro-Chancellor, University of Lagos, died on September 29, 2015.

The objective of GAMSU is to foster the success of the Nigerian child through innovative and flexible learning opportunities while providing the enabling environment, the statement said.

“This donation is towards the building of the International Management Research Centre, IMRC which will be used for the school’s research activities.

Enase Okonedo, LBS Dean, said the donation would foster the school’s objective of conducting relevant research that would impact on corporations and the society in general.

Mr. Okonedo expressed gratitude to the Onosode family for the gesture and described Gamaliel Onosode as an exemplar in the practice of management.

“He embodied the values we promote here at the school and we are indeed grateful to his family for making this contribution in honour of their father.”

In his remarks, Ese Gamaliel Onosode said the donation which was pledged in 2016 was to assist LBS in its commitment toward improving the quality of management in Africa.

Mr. Onosode said they were confident that a management research center in honour of Gamaliel Onosode would advance the quality of education of potential leaders in the country.

NAN recalls that LBS had in 2016 received a N500 million commitment from Mr Ese Gamaliel Onosode and Mr Spencer‎ Onosode on behalf of the Onosode family to support the school’s research activities.

The first installment of N100 million was received in May 2016.