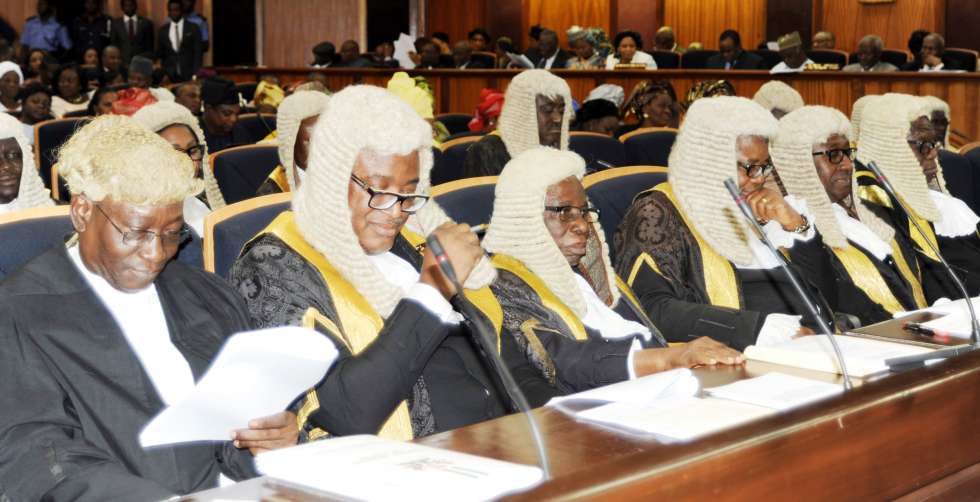 The yearly recess period for Nigerian courts which lasts between eight and 12 weeks contributes to delayed trials, an advocacy group, Access to Justice, has said.

Adenike Aiyedun, the group’s deputy director, said in a statement Thursday that an immediate review of the courts’ vacation is needed for the efficiency of Nigeria’s judicial system.

“From the outset, we acknowledge that Nigerian judges face enormous challenges, as with many other Nigerians, with regards to a lack of proper infrastructure and difficult working conditions, and also understand that many judges often extend their official working hours into their private time in order to meet the exigencies of their dockets,” Ms. Aiyedun said.

“Yet, in spite of these challenges, there are also important counterveiling considerations. So much of what the public and the country expects of the judiciary is not being met at this time, and this has created significant agitation among court users, ultimately reducing the level of trust placed in this arm of government.”

Many federal and state high courts went on vacation last week and would resume in September and October.

The courts also go for Easter and Christmas recess which lasts two weeks each.

Ms. Aiyedun said the Nigerian judiciary enjoys one of the lengthiest vacation systems in the world, despite the country having some of the most intractable problems of court delays among its peers around the world.

In most western countries, Ms. Aiyedun said, superior court judges go on leave for between four to 12 weeks every year.

“During these vacation periods, however, the criminal justice system is not put in abeyance as a result.

Many countries ensure that judges’ holidays are staggered and not cumulative to make sure that the justice system remains in service all through the year,” she said.

“Some countries have abolished General court recess all together, to ensure, the efficacy of their criminal justice system and guarantee the protection of fair trial rights for their citizens.

“In India, for instance, which shares some social characteristics with Nigeria, judges go on recess for only nine weeks cumulatively.”

Court delays account for about 70 percent of the awaiting trial inmate population in Nigerian prisons, according to Access to Justice.

“Long court vacations also jeopardize the fair trial rights of persons who are in prison custody and are undergoing trial, or persons who are not entitled to bail, or have not been able to meet bail terms,” said Ms. Aiyedun.

“Furthermore, long court recesses negatively impact on the trial of corruption cases, and are also partly responsible for the tardiness in the conclusion of those cases.

“Given the public interest in the timely disposition of corruption cases, there is an urgent need to reform how judges handling corruption cases should break for vacation.

“Moreover, long court vacations adversely affect the availability of witnesses to give evidence during trials, and can have serious impact on the outcome of trials.”

The group urged the National Judicial Council to,  as part of its reform agenda, adopt policies limiting judges’ vacation period to a total nine months every year.

“And, particularly, changing vacation procedures so that all criminal courts run continuously throughout the year, with exceptions being made for individual or staggered vacation for criminal court judges.”

African Nations Cup to be moved to June/July from 2019