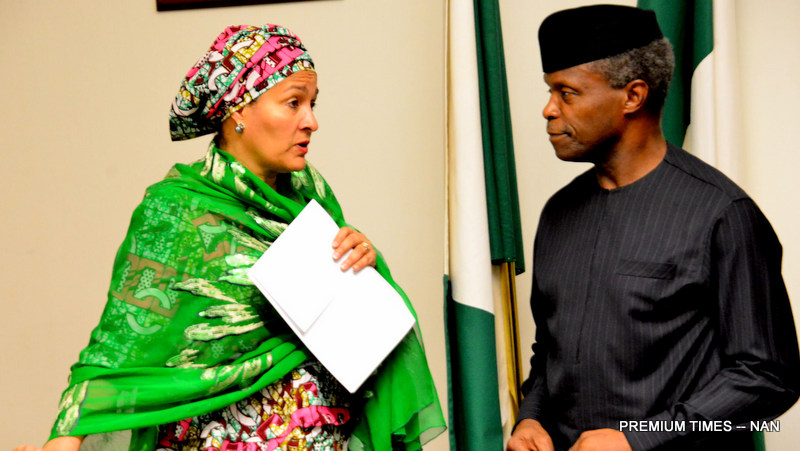 The United Nations, UN, has called on the Nigerian Government to increase its investment in the development of women and the promotion of peace in the country.

The call was made by the Deputy Secretary General of the UN, Amina Mohammed, at the Aso Rock Presidential villa on Wednesday after meeting with Acting President Yemi Osinbajo.

Mrs. Mohammed told reporters that she led a team to the villa to discuss the implementation of UN’s agenda 2030 and 2063 and to see how Nigeria could be supported especially with regards to the development of women.

The UN deputy scribe, who served as the Minister of Environment before her appointment to the global body, said in order to achieve the desire of promoting women development, the Federal Government needs to begin to put women at the center of its affairs.

She also said it was an exciting time to be in Nigeria.

“We know that there are many lessons that have been learnt and there challenges that we have but we have some successes from the North East all the way to the South. We want to make sure that we do more so that we can see the scale of this, particularly from the women at the center.

She said the team had fruitful discussion with the acting president on how to increase investment in women, peace and development.

“And we will see the difference, as he said, it’s not just the question of the morals or rights but it’s an economic one as well,” she said.