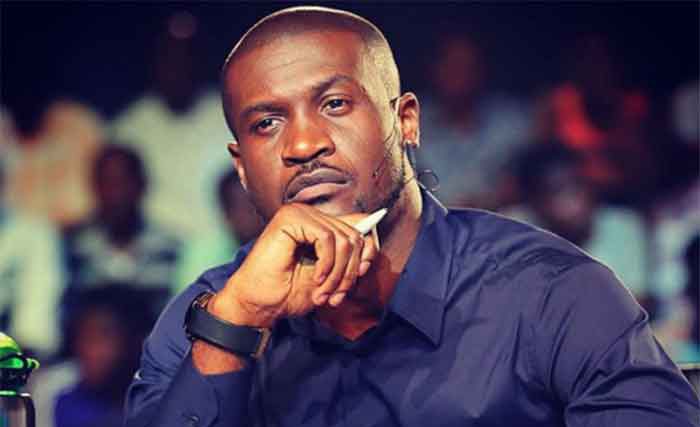 Peter Okoye of P-Square mocks group calling for his arrest

Award winning musician, Peter Okoye of P-Square, has responded to a call for his arrest by an APC youth group over his comment on the plans by the Nigerian government to discourage production of Nigerian movies and music abroad.

The federal government on Saturday said it has taken steps to amend the Nigeria Broadcasting Code to discourage the production of Nigerian movies and music outside the country.

The Minister of Information and Culture, Lai Mohamed, said the situation had hampered empowerment of practitioners in the industry, the development of the sector and the nation’s economy in general.

The minister’s statement, however, drew criticism from some Nigerians who asked him to first address the issue of government officials going for medical treatment abroad before attempting to sanitise the movie industry.

Jude Okoye, manager and elder brother to multiple award-winning duo, P-square, took to Instagram to lambast the plan as an exercise in hypocrisy.

His brother, Peter Okoye, one of the P-Square duo, also pitched in, saying the government ought to be grateful to entertainers for putting Nigeria in a good light despite the shame public officials allegedly bring upon the country.

“Dear FG, for your information! All the Shame way una dey bring for dis our country na we dey entertainers dey cover una Nash! Ndi ala” he tweeted

The group, though not known to have official links to Nigeria’s ruling APC, was clearly in support of the government policy.

The group’s statement described Peter Okoye as a “son of darkness” saying the P-Square group should be the least to make such remarks as it was a government policy mandating all broadcasting stations to play 95 per cent of Nigerian music every day, that brought the group to lime light.

“Now that government has intervened to raise great and better entertainers again, Peter Okoye has the gut to insult the entire Federal Government by calling our great leaders ‘Ndi Ala’ which means mad and stupid people. How dare you say that Psquare?”

“If you cannot produce in Nigeria and hire Nigerians, then leave the industry. We must export Nigerian culture to the outside world through our music and videos,” the statement said.

In response to the group’s call, Peter Okoye in a twit, Tuesday said “Abeg make him order Egusi, pounded yam and goat meat join for the arrest. I know those youth will start from 70 and above. Onye ala.”