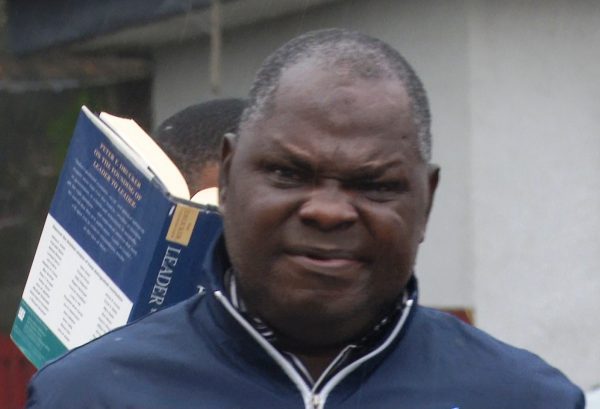 The Economic and Financial Crimes Commission, EFCC, on Thursday, July 6, 2017, arraigned the duo of Ejere Chris and Edoma Omagha before Justice A. M. Nicol-Clay of the State High Court sitting in Igbosere, Lagos on a 10-count charge bordering on conspiracy and forgery to the tune of N7.3 billion.

Thereafter, the bank allegedly financed two of the purchase orders to the tune of N7.3 billion, after due confirmation from Total Nigeria Plc.

The products were allegedly supplied by Sibet Oil Services Limited and Rhombi Energy Limited and discharged at the Ibeto Tank farm, Apapa.

The bank was said to have engaged an independent surveyor, International Logistics and Fulfilment Services Limited, which confirmed the existence of the products at Ibeto Tank Farm as well as the Department of Petroleum Resources.

However, when the bank approached Total Nigeria Plc for repayment, it was discovered that the purchase orders were forged by the accused persons.

One of the counts reads:

The accused persons pleaded not guilty to the counts.

In view of their pleas, the prosecuting counsel, George Chia-yakua, asked the court for a date to commence trial and prayed that the accused persons be remanded in prison custody.

The counsel to the accused persons, through oral application urged the court to admit their clients to bail, but was opposed by Mr. Chia-yakua, who insisted “they must file written applications.”

Justice Nicol-Clay adjourned to July 11, 2017 for hearing of the bail applications and ordered the accused persons to be remanded in the EFCC custody.