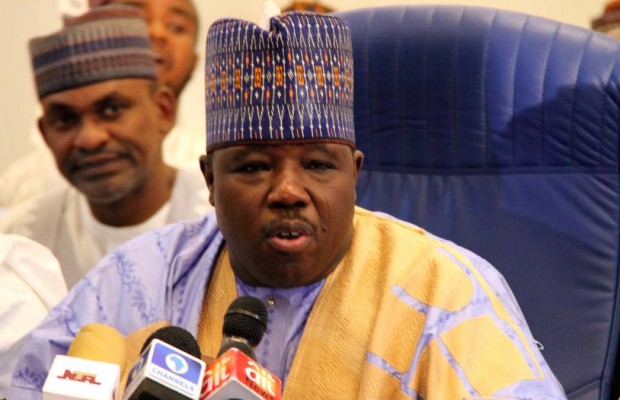 The embattled National Chairman of the Peoples Democratic Party, PDP, Ali Sheriff, has asked the party’s forum of former ministers to declare the source of its members illicit wealth rather than wade into matters that do not concern them.

Mr. Sheriff, who said he does not recognise them as a sub-group of the party, said they were not qualified to advise the party on the way forward in the protracted crisis rocking it.

Speaking through a spokesperson, Cairo Ojougboh, in Abuja, on Tuesday, Mr. Sheriff said moreover the party’s constitution does not recognise the umbrella under which the former ministers gathered.

“We want to say that the party’s constitution is very clear and the organs of the party are specified – from the ward executive committees up to the national convention of the party. We don’t have the forum of former ministers among the organs. We take exception to the comments of this group of persons who met on Monday and called themselves Forum of PDP Former Ministers,’’ an irate Mr. Sheriff said.

Mr. Sheriff was apparently reacting to a meeting conveyed by the group in Abuja on Monday.

The former ministers at the meeting had resolved to pick one of its members as the party’s presidential candidate in 2019 amongst other recommendations.

It was also gathered that the former ministers backed the Ahmed Makarfi-led faction of the party, which may have incurred the wrath of Mr. Sheriff.

The Supreme Court is expected to rule soon on who is the authentic leader of the crisis ridden party.

In the meantime, the former ministers in reaction to Mr. Sheriff’s outburst said the former governor should be ignored as he does not “epitomize the ideals of the PDP”.

A former minister of National Planning, Suleiman Abubakar, in a statement said responding to Mr. Sheriff’s taunt was needless.

“Ordinarily, Sheriff does not deserve our response. Is this how a man who wants to build a party talks? If his leadership is not in doubt, he won’t be in court to defend his leadership status,” he said.