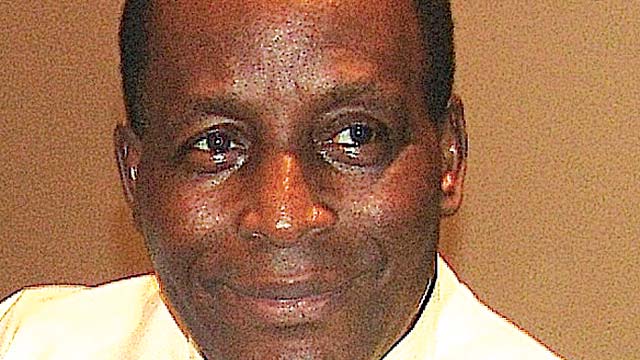 The General Leader, Cherubim and Seraphim Church, `Ayo Ni O’, Funsho Korode, has urged the country’s leadership to take security of lives of Nigerians as one of its topmost priorities.

Mr. Korode said this on Sunday at the end of the church’s three-day mid-year revival titled “Rend the Heavens’’ held at its national headquarters in Surulere, Lagos State.

He advised the government to summon the courage and the political will needed to protect the country’s citizens.

“We have the Police Force; the Army, the Navy, the Air Force, the Immigration, Customs, and other intelligence agencies.

“They are established to protect the people rather than protecting political office-holders.

“If the state does not protect us, we cannot truly say we have a nation?’’ he said.

Mr. Korode also said that the rate of kidnapping was on the increase.

He appealed to the Lagos State Government in particular to do all within its reach to rescue the school children abducted by some kidnappers close to 40 days ago from their school.

“I am very sad that several crimes are being committed daily; but no arrests. Even where they are, there are no thorough investigations and prosecutions.

“To date, our cherished children who are students of Lagos Model Secondary School, Igbonla in Epe, Lagos State, have been in captivity for over one month now.

“It is very sickening that there are people being abducted daily, but no positive steps to address the situation.

“I sympathise with the families of our abducted lovely children and I appeal to their captors to release them,’’ he said.

The cleric urged the leaders to serve the citizens with all sincerity; by putting the nation first in their actions, and demonstrate their love for the country by living an exemplary live.

He said that the government could curb the rise in crime rates by creating job opportunities for the youths.

He urged Nigerians to shun every act that was capable of causing disaffection among them.

Mr. Korode also advised the federal government to find a lasting solution to the genuine agitations from the various ethnic groups in the country in order to give everyone a sense of belonging.

“This country needs to be more united now than ever before.

“We must not trade the unity of this country for selfish motives because we have much more binding us together than those that divide us.

“I believe that several of the genuine agitations by the various ethnic groups can be looked into by the federal government with the intention of resolving them amicably without necessarily resorting to bloodletting,’’ he said.

The cleric also urged the three tiers of government to assuage the fears and concerns of everyone and ensure the practice of true federalism.

“We restate our belief in the unity of Nigeria and a commitment to one Nigeria where people of different faiths and tongues can continue to live together as one,’’ he said

He also urged the federal government to implement the report of the 2014 National Conference to avoid all these man-made problems in Nigeria.

“We need to do things right for things to be right with us. True justice must be upheld before we can have sincere and lasting peace and development,’’ he said.

All Buhari’s promises to Nigerian youth will be fulfilled – Aide