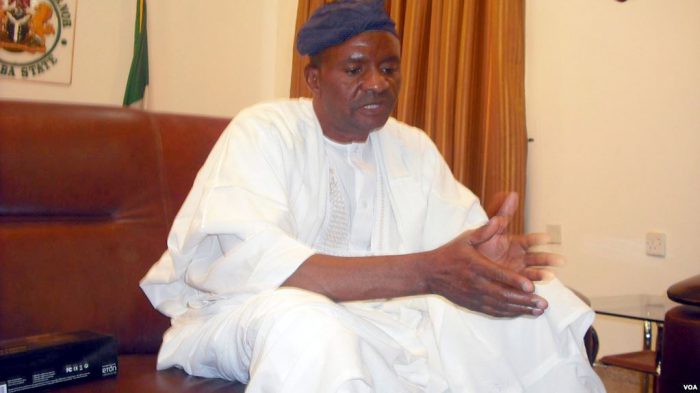 Mr. Suntai died after a protracted illness as a result of plane crash.

Mr. Suntai, a pharmacist and pilot, was involved in an air accident when the plane he was flying went down shortly after taking off from Yola, Adamawa State.

While some of passengers of the plane died, Mr. Suntai who was then the governor of Taraba State, was among those that survived. But he sustained severe brain injuries that left him with terminal mental incapacitation.

In a condolence letter addressed to the Taraba State governor, Ishaku Darius, Mr. Obasanjo said he was grieved and shocked by Mr. Suntai’s death.

Mr. Obasanjo said he was in in Kigali, Rwanda, when he received the news of Mr. Suntai’s death.

“This is, indeed, a grievous loss to you, his family, his friends and associates, Taraba State and indeed, the entire nation,” the former president wrote.

“Pharmacist Suntai was an outstanding Nigerian and leader who contributed immensely to the development and stability of Taraba State and Nigeria as a whole. The vacuum created by his death would undoubtedly be difficult to fill. I assure you that we all share your sense of deep grief.

“Though his life was short, many will remember him for his life of struggle, his courage, his contributions to the public service, and for his favourable political disposition towards his kinsmen. By so doing, he left a rich legacy and good reputation and honour which many much older than him could not attain.

“Though physically dead, he lives on in many hearts and memories and would forever be remembered by many who knew and loved him.

“I urge you and all his admirers to hold on to your faith in the Almighty Creator who understands all things and arranges all things ultimately for the best. Please bear this great loss by believing in divine dispensation. In every circumstance, we must trust in Almighty God and acknowledge His greatness.

“I pray that God will comfort us all and sustain the family of the departed in this hour of travail. May He also grant the departed eternal bliss in Heaven.

“Please, convey our condolences and prayers to the family,” the one-page letter reads.

Mr. Suntai was the second elected governor of Taraba State. He came to power in 2007.

Though he was medically certified to be incapable of running the affairs of the state, Mr. Suntai remained the governor of Taraba until his tenure lapsed in 2015.

Mr. Suntai died on Wednesday in his Houston, Florida home in the United States.