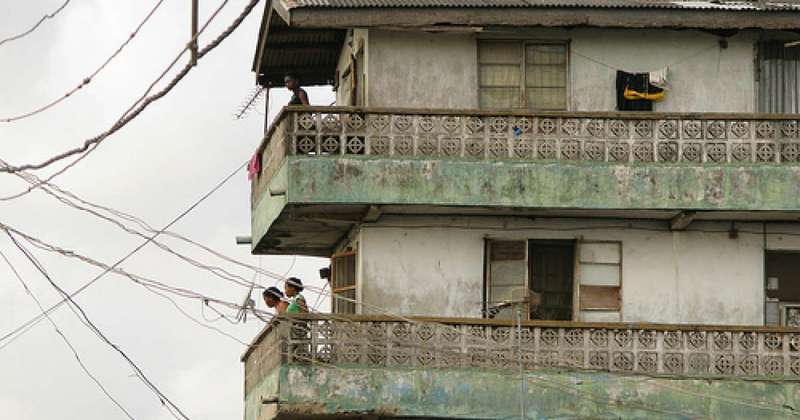 Face me I face you house [Photo Credit: Pulseng]

A 28-year-old jobless woman, Temitope Abiodun, who allegedly bathed her neighbour with faeces, was on Wednesday in Lagos released on a bail of N100,000.

The accused, a resident of Agege, a Lagos suburb, is standing trial on charges of assault, breach of peace, and resisting police arrest.

She, however, entered a `not-guilty’ plea.

An Ikeja Magistrates’ Court which gave the ruling, also asked the accused to produce two sureties as part of the bail condition.

The Magistrate, J.A. Adigun, said that the sureties must be gainfully employed and should also show evidence of two years’ tax payment to the Lagos State Government.

According to the Police Prosecutor, Godwin Awaze, the accused committed the offences on June 12 at their tenement building.

He said the accused assaulted her co-tenant, Mercy Ifijah, by bathing her with faeces.

“The accused had a misunderstanding with one of her neighbours and in the process, she bathed her with faeces,” he said.

Awaze said the accused also conducted herself in a manner likely to cause a breach of the peace by stripping herself in the public in order to escape police arrest.

“The accused resisted Sgt. Gabriel Ejiofor, a police officer, while trying to arrest her; she removed her clothes and became naked to avoid being arrested.”

The prosecutor said the accused, alleged to be a member of a dreaded secret cult called “Awawa,” had been terrorising residents of the area.

“She always brings her gang to threaten residents and also beat up the complainant,” he said.

The case was adjourned until July 3 for mention.