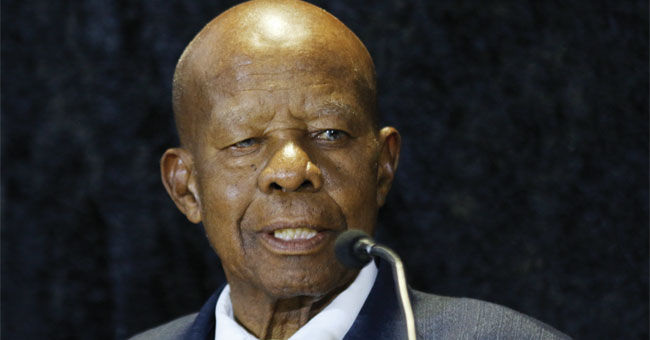 A former Nigerian president, Olusegun Obasanjo, on Saturday commiserated with the people of Botswana on the passing of Quett Masire, former President of the Republic of Botswana.

Mr. Masire died recently at the age of 91.

Mr. Obasanjo, who said the late Botswana leader would be greatly missed for his leadership, described Mr. Masire as “a man of principle and commitment,” saying “he embodied the virtues of labour and integrity.”

In a condolence letter signed by the former president, Mr. Obasanjo noted that the late Mr. Masire was gentle, seemingly shy, accommodating but firm and decisive.

He wrote: “President Masire lived a fulfilled life, having served his country energetically well in various capacities before he finally became the second President of Botswana for the Botswana Democratic Party from 1980 to 1998.

“I got closer to President Masire and interacted so well with him when I was military Head of State of Nigeria and he was Minister of Finance of Botswana. When he left government in 1998, we met fairly regularly on the international circuit of conferences, workshops and meetings.

“Indeed, President Masire will be remembered for his loyalty to all causes and institutions to which his heart belonged and, above all, loyalty to his country and his family,” Mr. Obasanjo said.

Mr. Obasanjo said he joined the government and the people of Botswana as well as millions of others around the world in mourning a man, who, according to him, did much to shape the political tapestry of not only Botswana, but also that of Africa and the world at large.

“Under President Masire,” Mr. Obasanjo wrote, “Botswana was globally acknowledged as not only a frontline State that fought apartheid to its logical conclusion but one of the few African countries that have served as a beacon for democracy and hope of African Renaissance.

“The contribution of Botswana to the search for international peace, especially in Africa, is noteworthy, as President Masire undertook a mediatory mission in the Great Lakes region with a view to resolving the crisis in the Democratic Republic Congo at that time.”

Mr. Obasanjo prayed for the repose of the soul of Mr. Masire, adding that, “God Almighty should give the family, (the) Government and people of Botswana the fortitude to bear the irreparable loss.”

Only 2 NNPC subsidiaries were profitable in 2016 – Report