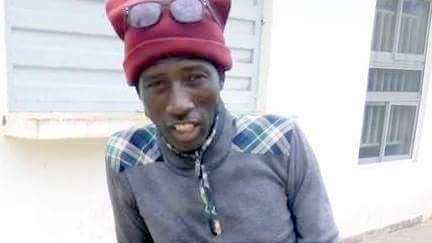 A Nigerian journalist, Ibraheema Yakubu, who was arrested while covering a procession by Shiites in Kaduna Friday, says he was beaten and slapped by the police, before being detained.

He was arrested as he covered a scene in which locals attacked the Shiites and tried to force them to disperse.

At least two people were injured in the attack, witnesses say. Authorities said 10 people were arrested.

Mr. Yakubu was released on bail to officials of the Kaduna council of Nigerian Union of Journalists around 7:30p.m. on Friday, six hours after his arrest by the police. It is not clear whether he was one of the 10 people arrested.

He is to return to the police on Wednesday.

Mr. Yakubu told PREMIUM TIMES that police physically attacked him, and destroyed his laptop and recording gadgets, and dumped him alongside other arrested people, despite identifying himself as a journalist.

“The police also slapped me and made us to sit in the sun at the state headquarters. I received yet another slap from the police at the CID (Criminal Investigation Department) when I was transferred there,” he narrated.

“I was beaten with a club, others kicked and slapped me, destroyed my laptop and recording gadgets contained in a bag, when I approached them for cover, seeing how dangerous the clash had become.

He said he was feeling “serious internal pains on my legs and face from the beating”.

“It’s a terrible experience that looks like a movie scene,” he added.

Police has not commented on the incident. A spokesperson for Kaduna command, Aliyu Usman, could not be reached Saturday.

The senator representing Kaduna Central, Shehu Sani, condemned Mr. Yakubu’s attack, saying although he had been released, after a “horrible experience”, security agents must conform themselves to the constitutional guarantee for press freedom.

The senator said the arrest and detention of the journalists as “unacceptable”.

“The image of the country and that of the government is significantly stained and tainted each time an onslaught of such occurs. Those who are allergic to free press have no legitimacy in a democratic society,” Mr. Sani added.