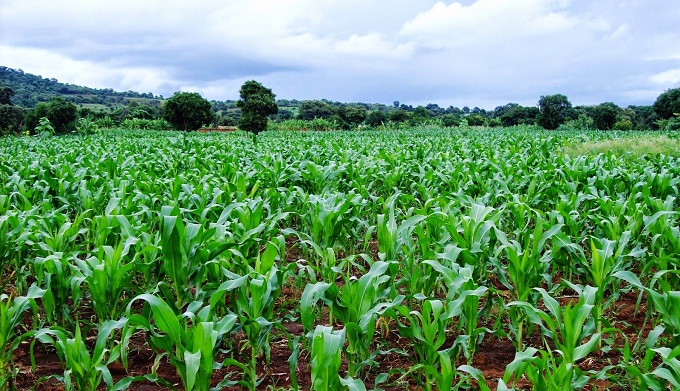 There is anxiety among farmers in Northeastern Nigeria as the invasion of the African Armyworm has spread to the area, with the Federal Government saying it needs N2.98 billion to check the pest nationwide.

The African Armyworm (Spodoptera exempta) also called nutgrass armyworm, is an African moth, capable of destroying entire crops in a matter of weeks.

The outbreak of the caterpillars in several western African nations has raised alarm with the UN Food and Agriculture Organisation.

The Nigerian Ministry of Agriculture and Rural Development had in February confirmed the invasion of the pest in 22 states of the country, at a time scientists were trying to unravel the discovery of new caterpillar species on African soil.

Speaking on the invasion back in February, the Assistant Director and Desk Officer, Maize Value Chain at the ministry, Adeleke Muftau, had informed journalists that the pest, usually found in maize, posed a threat to national food security and availability of maize in Nigeria.

Mr. Adeleke said the worm was destroying maize across the six geo-political zones and posed serious threat to other food crops.

On Tuesday, farmers confirmed the presence of the pest in the North-east, a region still recovering from the Boko Haram insurgency.

Rice and maize farmers in Adamawa and Taraba states warned that by attacking maize farms, the pest also posed a threat to the poultry industry as maize shortage would push up the prices of poultry feeds in the country.

Hamman Adama Ahidjo who farms five hectares of maize and rice, said he has been waging a battle to keep the worm at bay.

“We have recorded the ravaging Armyworm in our farms, though the two days rain recorded has helped in curbing its spread. But if we don’t deal with it, maize production may become almost impossible here,’’ he said.

Abdur Razaq Sarkin Ruwa, who was spraying his four weeks old maize farm at Nyokkore on Monday, lamented that his farms had been completely infested by the worm. He feared that he could lose “everything”, in spite of the chemical he applied.

“It is already affecting the maize and rice. The worms are eating right inside the stems and the leaves of the young plant which is just a month old. I need to spray chemicals at least three times before harvest, if at all I am lucky to succeed.”

Another maize farmer in Taraba State, Sa’adu Wangra, said he noticed the worm on his farm a few days after his maize started to germinate, so he had to spray the one and a half hectare farm two weeks after planting.

He said the worm destroyed his crop last year, thus he was prepared to spray to avert a recurrence.

Mr. Wangra said he would repeat the spraying after 10 days and then a month later, before the crop would be due for harvest.

An Agriculture expert at Adamawa State Polytechnic Yola, Abdullahi Musa, confirmed the presence of the worm and warned of food shortage in the North-east if the outbreak is not urgently checked.

Mr. Musa said the worms eat up maize, wheat, millet and rice, key food sources in Africa where many areas are already struggling with shortages after years of severe drought.

On how to fight the pest, he said chemical pesticides can be effective, but warned that “fall armyworms have developed resistance in recent times.”

“If nothing is done, we could lose up to 15 percent of our maize production,” said the lecturer.

Adamawa State Commissioner for Agriculture, Waziri Ahmadu, said the state government was yet to get official report of the pest in the state, but expressed fear that the pest could also infest rice farms.

He said the ministry had, however, urged farmers across the 21 local government areas of the state to come over for chemicals to contain the pest.

“Though officially, I am yet to get a report of the pest attack, there is this fear that this year’s worm could be worse than last year’s.

“The state government has since put measures in place to stem it. We will soon get the chemicals so farmers should come to the agriculture ministry as soon as they noticed it on their farms,” the commissioner said.

The Deputy Director of Horticulture at the Federal Ministry of Agriculture, Mike Kanu, said N2.98 billion will be needed to contain the pest across the country.

“Implementation of the proposed intervention across the 36 states and FCT on 700,000 hectares for over 700,000 maize farmers is projected at N2.98 billion,” he said.

Mr. Kanu said Nigeria has reached a critical stage where organic pesticide has to be used to bring the situation under control.

He however emphasized the need to use organic pesticide that will not leave residues, as using any harmful pesticide would have a damaging effect on human health.