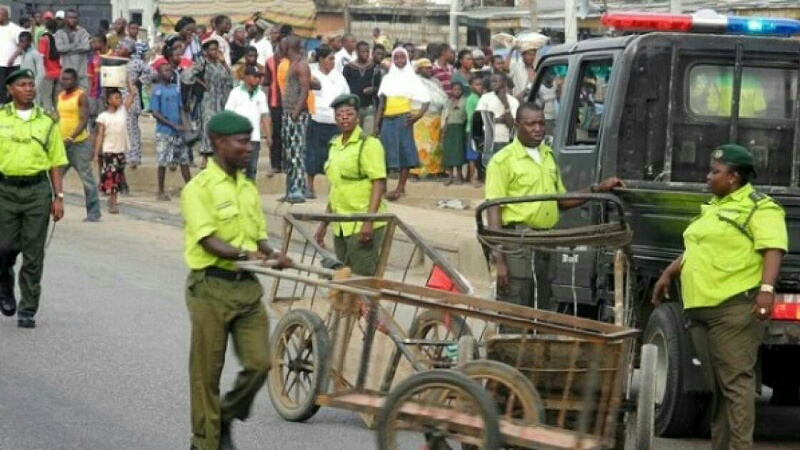 The Chief Magistrate, A.T. Elias, ordered that the accused be remanded in prison custody until hearing of their bail application on June 8.

The accused – Fidelis Orichi, 18, and Jeremiah Nnanna, 21 – were charged with a two-count charge of conspiracy and murder.

The counsel to the accused, Funmi Okoya, urged the court to grant the accused bail, arguing that they were not present at the scene of the murder.

The pleas of the accused were, however, not taken by the court for lack of jurisdiction to hear a murder case.

The prosecutor, Kehinde Omisakin, had told the court that the accused committed the offences on May 23 at Iyana Oworo, Oworonshoki area of Lagos.

She said that the accused and others at large, conspired to murder a KAI official, Moshood Ayeni, 36, by pelting him with stones till he lost consciousness.

“The deceased and his colleagues, in carrying out their duties, had seized the goods of the two accused who illegally displayed their wares on the roadside.

“The seized goods were dumped in the truck brought by the KAI officials.

“The act didn’t go down well with the accused and others who had their goods seized and this made them connive to murder the accused,” she said.

The News Agency of Nigeria reports that the alleged offences contravened Sections 223 and 411 of the Criminal Law of Lagos State, 2015.