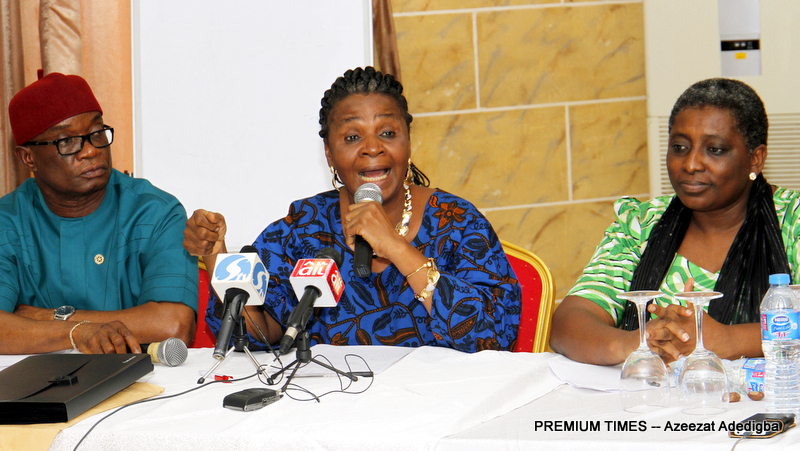 A civic group, ActionAid Nigeria, has urged the Nigerian government to employ wisdom and foresight in addressing the resurgent agitation for Biafra in the country.

According to the group at its annual general meeting on the state of the nation held in Abuja on Saturday, to eradicate the agitation, the federal government needs to create a process of discussion between the citizens, intelligence agencies and the government at all levels.

Fielding questions from journalists after the meeting, the country director of the group, Ojobo Atuluku, said, “Nigerians are dissatisfied with how the federal structure operates because the citizens have not seen the benefits of democracy and are yet to enjoy the nation’s wealth”.

She explained that agitation in different forms was taking place in all the six geo- political zones of the country, warning that unless space is created for discussion, more agitations would spring up.

Also speaking, the chairman of the governing board of the group, Patricia Donli, further warned that as long as there were perceived marginalisation and inequality, the agitations would go on.

“People have come up with good recommendations on how these issues can be solved but nothing has been done, which includes the suggestion of the National Political Reform Conference under the chairmanship of late Niki Tobi.”

Another leader of the organisation, Amaka Azuike, said the major issue raising tension in Nigeria is tribalism, predicting that when this is tackled, other causal agents like greed, immorality and leadership mediocrity can be worked on.

“We should desist from the myopic notion that one nation is impossible. Ask a Nigerian where he is from and his first answer will be his tribe rather than declaring himself as a Nigerian. All hands must be on deck against all Issues of war, ethno-religious war and selfishness.”

She said for Nigeria to be one is a task for everyone, stressing, “we must declare ownership of the nation together and delete the notion of a Biafra nation”.

The meeting of the group was held in the week that Nigerians in the south-eastern part of the country observed a sit-at-home protest called by secessionist groups to commemorate the 50th anniversary of the declaration of the short-lived Biafra Republic by the late Chukwuemeka Odumegwu-Ojukwu.

Forty-seven years after the Nigerian Civil War ended with the surrender of the secessionists, the Biafra is being reawakened by the agitation for its rebirth.

One of the agitators, Nnamdi Kanu, was on April 25 released from prison custody on bail after he was arrested in October 2015 and charged with treasonable offences by the Federal Government.

In a press statement later made available to PREMIUM TIMES, ActionAid acknowledged the efforts of the federal government in addressing the challenges confronting the nation’s economy, especially through the reduction in the duties of 115 items in various sectors of the economy. The organisation, however, pointed out the downside to the reduction in tariff on some of the items.

“It is observed that some of the items on the list of goods benefiting from tariff reduction on the January policy are finished consumer items for which the country has potentials for their production. We want the federal government to put in place measures that will ensure that the good intention of the reduction of the import tariff does not become injurious to the economy and industry development by reviewing the list and making strong plans for the revival of manufacturing in the country,” the group stated.

Mosquitoes are our friends, stop killing them – UNILORIN Don