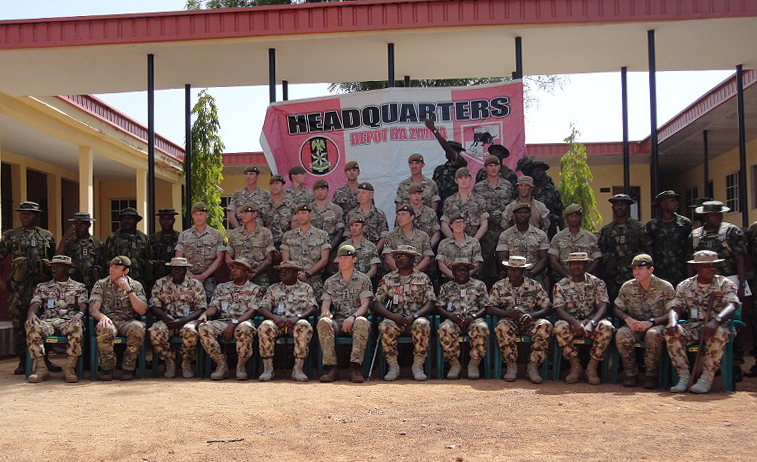 The British Military Advisory Train the Trainer Team, on Wednesday completed the training of 250 instructors of the Depot Nigerian Army, Zaria on combating contemporary security challenges.

Speaking at the graduation ceremony in Zaria, the leader of the team, Will Hilton, said aim was to imbue the participants with necessary knowledge to train others.

Mr. Hilton, a colonel who applauded the participants for their hard work, reminded them that a basic tool set had been given to them as instructors.

He said that in the last four weeks of the training, the team had been impressed by the instructors’ aggression, enthusiasm and ability to quickly assimilate innovation.

The Commandant, Depot Nigerian Army, Christopher Musa, thanked the team for their professionalism, commitment and courage displayed during the training.

“I appreciate you because I have seen the zeal, courage and commitment with which you put in every aspect of military training.

“Why I always want to encourage this is because I want to also impart same to our own troops.

“Right from day one, you started with 74 Regular Recruit Intakes, I saw the difference it had made in the recruits,” he said.

Mr. Musa, a brigadier general, noted that young soldiers from the depot have been performing optimally “out there in the field.”

“Even the young soldiers said I should extend their regards to you, because you have made a lot of difference in their lives.

“Because the foundation is very important, and since we have gotten the foundation right, I am sure they are going to put-in their best throughout their life,” the commandant said.

Some of the trainees told the News Agency of Nigeria that they would deploy their new skills adequately and impart it on young recruits.