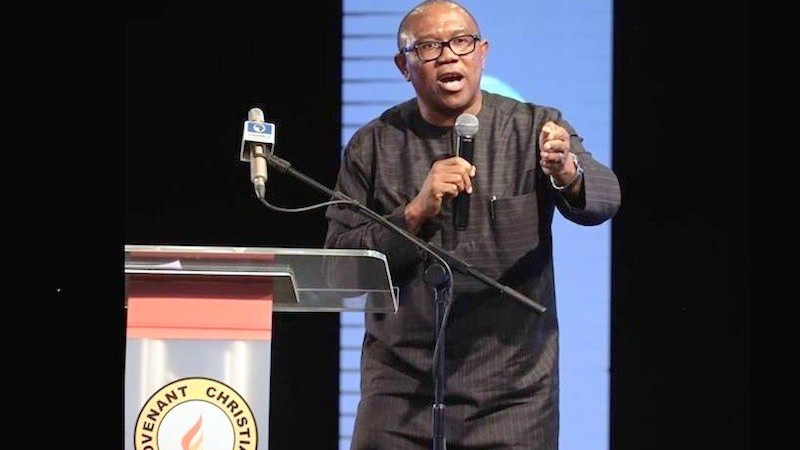 I own only one wristwatch, says Peter Obi

The immediate past governor of Anambra state, Peter Obi, on Monday said he had only one wristwatch which he has worn for 17 years.

Speaking at The Platform, a programme put together by the Covenant Christian Centre in Lagos, Mr. Obi said he also has two pairs of black shoes which he travels with always.

“I have said it to Nigerians, Peter Obi wears only black shoes, and I have two pairs of them, and I travel with them,” Mr. Obi said.

“The purpose of shoe is to protect the leg from being hurt. Nothing else. I bought this from Marks and Spencer, $49.99, finish.”

The former governor noted that when the Economic and Financial Crimes Commission, EFCC, searched his house at Osborne, Ikoyi, Lagos, the anti-graft agency found nothing, and accused him of not residing in the building.

This, he said, was because the EFCC could not find wristwatches, jewelry and other expensive belongings in the building.

“They said ‘we didn’t even see watch’, and I have said it to everyone, this is the only watch I have, I have worn it for 17 years,” Mr. Obi explained.

“The purpose of watch is to keep time. Why would I keep a watch at home? Whose time is it keeping?”

Mr. Obi continued: “Ask those who searched it. I was abroad, they said they wanted to search my house, I sent the key, and they searched my whole apartment and I can tell you the only thing they found.

“They said this man doesn’t live here. It was only his wife’s clothes and shoes that we saw, we didn’t see anything belonging to him”.

On the controversial Ikoyi money, Mr. Obi wondered why anyone would keep such huge cash in a building, adding that such amount could have been kept in the bank.

“Why would anybody put it in such a circumstance? What if it caught fire? If that money was put in our banking system, whoever kept it would have earned eight percent per annum, so he would have earned about $7 million by now,” Mr. Obi said.

“$7 million is about N2.8 billion today. That is the amount I spent for all secondary schools in Anambra in a year.

“If he decided to be generous and give it to graduates, they would have shared it to 2,800 graduates, out of which 2,000 would have been successful,” he said.

Commenting further, the former governor said he lives in the Ikoyi building, although he has no houses in Abuja and other parts of Nigeria.

“The only place I have a house officially built is Onitsha, if you see any house in Lagos, Abuja or anywhere else belonging to Peter Obi, confiscate it.

“I lease that place for my wife and children,” he said.