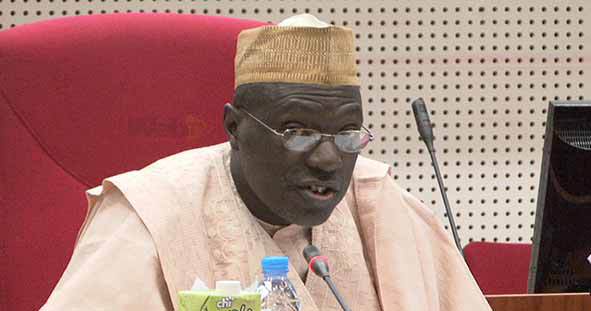 The Ahmed Makarfi faction of the Peoples Democratic Party, PDP, has called for a meeting of influential members of the faction to discuss the decision of the Appeal Court that went against his leadership.

The Port Harcourt Division of the court had on Friday annulled the May 21, 2016 national convention that gave birth to the national caretaker committee.

The Court also validated the position of Ali Sheriff as the National Chairman of the party.

Stunned by the decision, Mr. Makarfi has now summoned the meeting expected to deliberate on the next course of action by his group.

The faction had alongside the PDP Governors Forum and the Board of Trustees earlier said they would appeal the ruling of the Court of Appeal at the Supreme Court.

Monday’s meeting is scheduled for for 2p.m. at the International Conference Centre, ICC, Abuja.

The notice signed by the faction’s spokesperson, Dayo Adeyeye, said all those invited to the meeting should attend “unfailingly as crucial party matters will be discussed.”