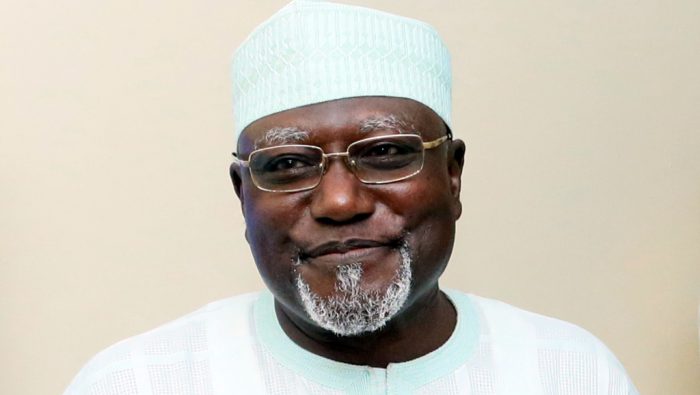 The West Africa Representative of the Committee to Protect Journalists has slammed the State Security Service for shutting down its public relations desk for over a year, thereby leaving journalists eager for official reactions frustrated.

Speaking with PREMIUM TIMES on Sunday, Peter Nkanga described the situation as “uncharitable” and lacking in “sincerity of purpose.”

The journalists’ advocate said President Muhammadu Buhari should immediately rein in alleged impunity of the Director-General of the secret police, Lawal Daura, since he was the one who appointed him into office.

“Until President Muhammadu Buhari sincerely ensures the SSS, whose head is his political appointee, is accountable to the Nigerian people and run as an entity bound by Nigeria’s Constitution, Nigerians should expect only worse from the SSS which has repeatedly shown total disregard to the rule of law,” Mr. Nkanga said.

The press freedom advocate specifically cited an SSS press release dated July 23, 2016 which labelled Jones Abiri, a Nigerian journalist and publisher of the Bayelsa-based Weekly Source newspaper, a Niger Delta militant, after the paper published critical reports of the government. Since his arrest on July 21, 2016, Mr Abiri has not been charged to court but remains in detention, without access to his family, colleagues and lawyers, at the SSS Headquarters in Abuja.

“That is over 200 days and counting that the SSS are keeping a Jones Abiri, a Nigerian deemed innocent until proven guilty, in a perpetual incommunicado state,” Mr Nkanga said. “And all SSS officials I have spoken with say there is no SSS spokesperson they can direct me to.”

Mr. Nkanga said such stories as Mr. Abiri’s have become commonplace in recent months within the agency.

Yet, the SSS has declined to name a new official that will interface with the public since the agency’s former spokesperson, Marilyn Ogar, retired from service in September 2015, nearly a year and a half ago.

During her tenure, Ms. Ogar often addressed issues bordering on the operations of the SSS in print media and on airwaves. The anti-graft agency used the media to enlighten Nigerians about the activities of the Boko Haram terrorists and countered the sect’s propaganda.

But Mr. Daura abruptly retired Ms. Ogar and closed down the public relations desk of the agency shortly after he assumed office in 2015. Although the agency has not officially announced a replacement for Ms. Ogar, its press statements are signed by Tony Opuiyo.

But Mr. Opuiyo has never addressed a press briefing, neither appeared on air nor spoken with any journalist, sparking speculations that an official with that name may not even exist to begin with.

“I have interacted with several journalists covering the defence sector including the SSS and they all believe Tony Opuiyo is a fictitious character. So if the SSS is using a fake individual to sign press releases to Nigerians, then it will be most unfortunate,” Mr. Nkanga said.

Arguments that “Tony Opuiyo” might be an ordinary pseudonym were further bolstered by the recent highly controversial activities of the agency.

Mr. Nkanga said it’s highly suspicious that the SSS would not have a spokesman, not even when judges homes were raided or when it recently produced two contradictory reports to the Senate about Ibrahim Magu.

“Let’s face it, SSS’ refusal to appoint a public relations official is unacceptable in a democratic dispensation,” Mr. Nkanga said. “The agency had spokespersons that regularly interacted with the media since the days of former President Olusegun Obasanjo.”

“Nigerians must demand accountability from the agency and the media also has a big role to play.”

A public affairs analyst, Gbola Oba, also decried the situation as the lowest point in the history of the service.

“The organisation is at its most nadir in terms of corporate governance,” Mr. Oba said.

Mr. Oba, CEO of Automedics Limited, said SSS’ “determination not to be accountable to Nigerians” marks the latest manifestation of alleged “incompetence and incongruity of the Buhari administration.”

Mr. Oba said a reputable organisation would recognise the significance of a public affairs department and act to ensure that it is kept functional for the citizens.

“This is the same SSS that wrote two different reports to thwart the approval of a nominee of the president,” Mr. Oba said in reference to the SSS’ ‘security report’ implicating Mr. Magu. “It is shocking that throughout the crisis nobody could reach them for a response or explanation as to how such a situation arose.”

In his recommendation, Mr. Nkanga said the media should critically review their position on future press releases from the SSS, especially ones signed by Tony Opuiyo.

“The fact that they’re press releases does not mean they shouldn’t be critically checked for factual inadequacies,” Mr. Nkanga said. “But how do you do that when there’s no return email address and you don’t even know if the person that sent them is genuine?”

“The SSS should stop keeping the Nigerian people and the media in darkness.”

The secret police has been distributing its press statement through a website, PRNigeria.

The site is also favoured by other security agencies —including the Nigerian Army and the police— for distribution of press statements.

While the agency may not be flouting any law in its defiance against public accountability, the situation is a dent on a government that has been beating the drum of anti-corruption, Mr. Nkanga said.