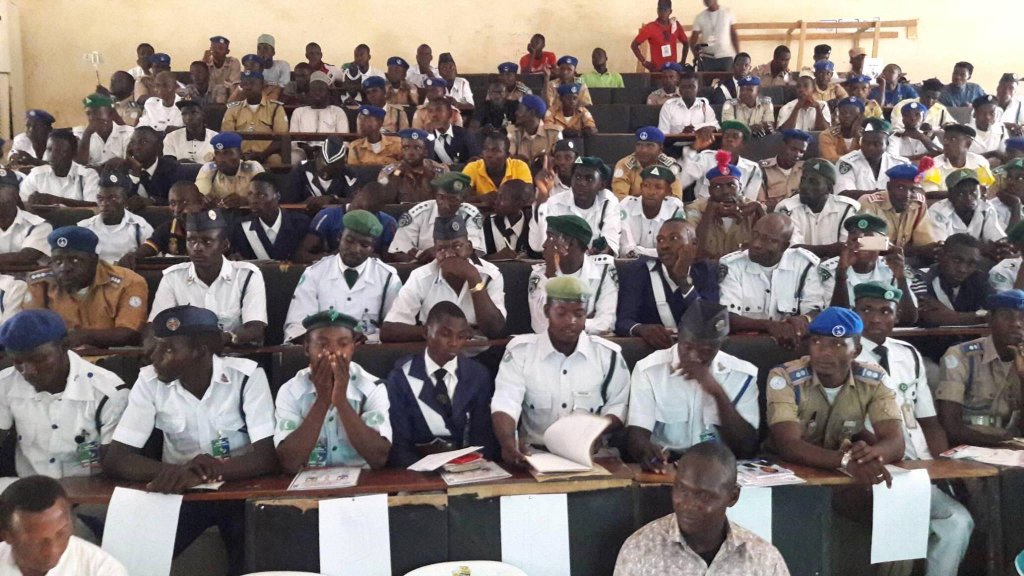 The American University of Nigeria (AUN) on Tuesday took a major step to reconcile residents of Mubi Local Government Area of Adamawa State.

Mubi is one of the local government areas in Nigeria’s North-east zone that Boko Haram insurgents overran and occupied for months in 2014.

During the crisis, the relationship between Christians and Muslims in the town said to be one of the largest in the state, was seriously strained.

But through its Peer-to-Peer Challenging Extremism campaign tagged, #IAmABeliever, the AUN brought members of Christian and Muslim self-protection groups together for training and sharing of stories on how they survived the Boko Haram carnage.

The programme titled, “Stories-for-Peace Workshop,” was organized by AUN students in collaboration with Illusions of Reflection – a Mubi-based youth group.

The workshop was attended by over 500 members of the Boys Brigade, a non-denominational Christian security group and the Nigerian Aid Group of the Jama’atu Nasril Islam, a Muslim protection group.

Addressing the participants, Sheik Hammad lauded the AUN initiative and emphasised the importance of true and uniting stories in peace-building.

“It’s a welcome idea. Peace is very important in the world and in our society. When telling stories, please make sure what you are going to tell is genuine and is not going to cause any conflict in society,” he said.

Rev. Williams, who is also a leader of the Boys Brigade, shared stories of how he escaped with 50 other Christians after being trapped in Mubi under Boko Haram for five days.

He attributed their survival and escape to divine intervention.

Other Christians and Muslims faithful also shared stories of close shaves with death, personal losses and trauma when Boko Haram attacked the area.

The AUN’s Dean of Arts and Science, Jacob Udo-Udo Jacob, who moderated the story-telling session, said throughout human history, shared stories have played a crucial role in bringing peoples and communities together.

“Stories provide a shared space for everyone to experience the tribulations and triumphs of the other, this can help bind a people together,” said Mr. Jacob.

The programme also featured a joint protection operation training for the Christian and Muslim groups.

Mr. Rawlins advised both groups to work together to protect each other’s places of worship.

The event ended with a 500-meter walk for peace, where Muslims and Christians marched holding hands to the gate of Adamawa State University in Mubi.

The university was among the educational institutions sacked by Boko Haram during the 2014 invasion.

More than a year after the Nigerian security forces liberated Mubi, tensions and mutual suspicion have continued to dog relationship between Christians and Muslims in the area.

The #IAmABeliever campaign is organized by students of Public Diplomacy & Strategic Media Intervention.

The course is part of a global university initiative to challenge extremism, with funding support from the Education and Cultural Affairs Bureau of the US State Department and Facebook.