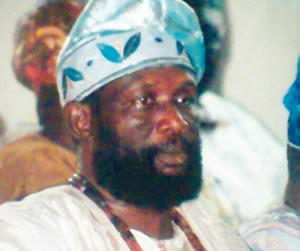 The pioneer president of the Students’ Union Government, University of Ilorin, Femi Durosaro, has eulogized a former president of the National Union of Nigerian Students, NUNS, the late Segun Okeowo, for his selfless commitment to the cause of students when he was alive.

Mr. Durosaro, a professor at the Faculty of Education, University of Ilorin, gave this commendation while speaking as the guest speaker at a programme organized in commemoration of the 30th anniversary of the university’s Students’ Union Government on Monday.

The ex-union leader described the late Mr. Okeowo as a unionist who contributed immensely to the struggle of Nigerian students and played his part in the resistance of the tyranny of the then military government of General Olusegun Obasanjo during the infamous ‘Ali Must Go’ crisis of 1978.

According to the don, it was unfortunate that Mr. Okeowo and other student leaders were rusticated from the university for decisions they took selflessly in the interest of the teeming population of Nigerian students by leading a revolt against increase in the cost of feeding as introduced by the then Olusegun Obasanjo-led military regime. He added that the protest was dubbed ‘Ali Must Go’ campaign, a direct reference to the name of the then minister of education, Colonel Ahmadu Ali.

Mr. Durosaro, who was the president of the University of Ilorin Students’ Union Government during the ‘Ali Must Go’ era, disclosed that he felt sorry for the late Mr. Okeowo who was rusticated from the University of Lagos.

“The decision to protest the increase in feeding allowance was a general one, it was not Okeowo’s personal decision but at the end of the day, as the leader he had to bear the brunt of all the actions. I felt for him. I also felt particularly for the then president of ABU Zaria who was also rusticated; he wasn’t too keen on going on that protest. He was coerced into it but because perhaps he didn’t manage the crisis very well, he was made to pay for the ugly incident of military shootings that occurred during the crisis,” Mr. Durosaro said.

He however urged the University of Ilorin students’ union executives to ensure that the legacy laid by selfless leaders like Mr. Okeowo and other unionists is upheld with special consideration for dialogue.

Other ex-student leaders at the event also spoke glowingly about the late union leader who died in 2014. They called on the present crops of student unionists to be selfless in their conducts, engage in constructive criticism and embrace dialogue.

In his address, the president of the varsity’s Students’ Union, Shobowale Lukman, promised to be transparent and accountable in the running of the affairs of the union. He also assured students that their welfare will be handled with utmost priority.