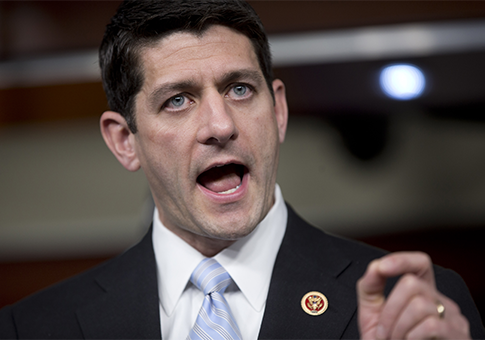 I will no longer defend Trump – Speaker, U.S. House of Representatives

In a conference call on Monday with Republican lawmakers, Ryan said that he had no plan of campaigning with Trump before Election Day on November 8.

Report say the speaker is currently the most powerful Republican.

He said that Republican Congress was needed to keep Hillary Clinton, the Democratic presidential candidate, in check if she wins.

The speaker had initially hesitated to back Trump’s presidential bid, but decided to endorse him in June.

However, Ryan did not revoke his endorsement of Trump during his conference call.

Trump came under mounting pressure to withdraw from the race on Saturday after explicit comments he made about groping women in a 2005 conversation were leaked to the media.

The Republican candidate was not invited to an event in Wisconsin in which he was to billed to be the guest of honour alongside Ryan.

Ryan appeared at the event and referred to the firestorm over Trump’s comments as the “elephant in the room,” saying he was “sickened” by Trump’s vulgar comments.

Another 154 Nigerians return from Libya