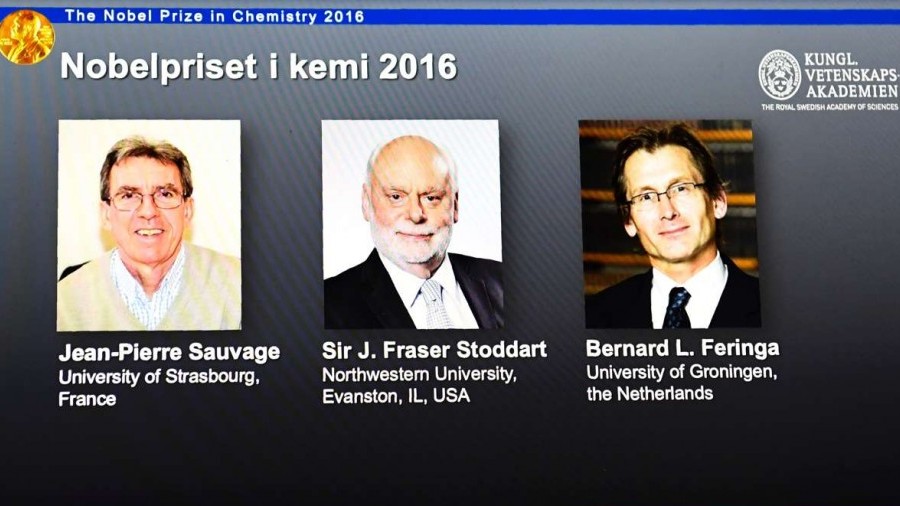 Three scientists have been awarded the Nobel Prize in Chemistry for their design of “the world’s smallest machines.”

Jean-Pierre Sauvage, Fraser Stoddart and Bernard Feringa were announced as winners of the prize on Wednesday morning.

The “machines” are described by the New York Times as molecules with controllable movements which can perform a task when energy is added.

The invisible “molecular machines” can be used for the development of new material sensors, and energy storage systems, the paper quotes the Royal Swedish Academy of Sciences, which awards the price, as saying.