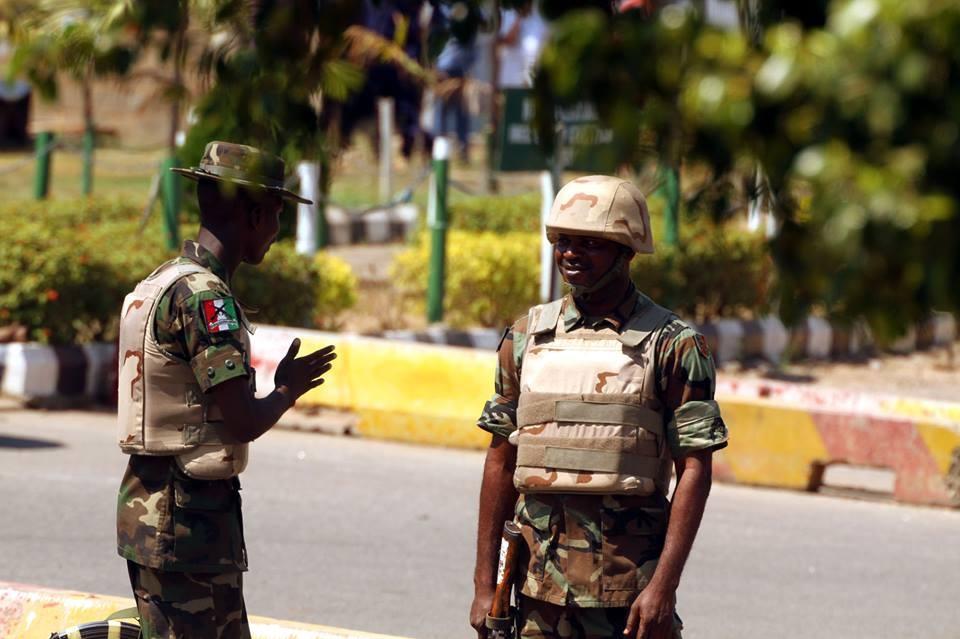 The Nigerian Army has denied attacking journalists at a hotel in Benin, Edo State.

The Army, in a statement by its spokesman, Sani Usman, on Thursday, admitted arresting 10 persons at a hotel, but said they did not identify themselves as reporters.

It said the operations followed “credible security reports” suggesting that hoodlums lodged in the hotel were planning to attack the state.

The Watchdog News had on Wednesday raised alarm about the arrest of its staff.

The crew, which comprised reporters, producers and a driver, arrived in Benin on Tuesday evening and subsequently checked in at Douban Hotel along Airport Road, Taiye Garick, the editor of Watchdog Media, told PREMIUM TIMES Wednesday.

The affected journalists and their designations as listed by Mr. Garrick in an email to PREMIUM TIMES are as follows:

Others include:  Balogun Ehigie (IT), Kenneth Danpome (Head IT), Mathew (Logistics Manager) and Joe Epi (Driver).

The Army said “quite a number of incriminating items including INEC sensitive materials were recovered from them”.

“That notwithstanding, all the suspects were treated humanely and in the most dignified manner which has always been in accordance with our Code of Code and the tradition. Therefore none of them was molested at all during the operation and subsequent handing over to the relevant security agency,” it said in a statement.

“It is important to state that sequel to the prevailing security situation in the state which led to the postponement of the earlier scheduled Gubernatorial Election in Edo State, there were credible security reports that some unpatriotic persons have hired hoodlums with the intention of causing mayhem during the forthcoming election in the State. The reports further showed that the suspected hoodlums have been lodged in some hotels within Benin City and its environs.

“Acting on this, the DSS in conjunction with troops of 4 Brigade Nigerian Army carried out cordon and search operations in the suspected areas.

“This led to the arrest of 10 suspected persons in one of the hotel. Among the suspects arrested was a deserted soldier,” Mr. Sani said.

Mr. Sani said the individuals arrested did not identify themselves as reporters.