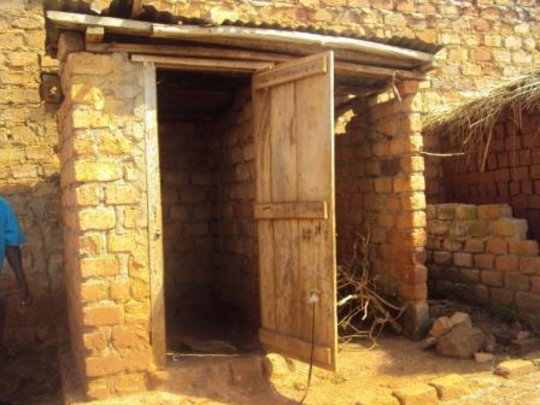 A 12-year-old girl, Blessing, reportedly died when she fell into a pit latrine at Asin-Ekiti, in Ikole Local Government Area of Ekiti State.

A witness, Ruth Bamidele, told the News Agency of Nigeria on Thursday that the deceased was running an errand for her parents on Monday evening when the incident occurred.

Ms. Bamidele said the girl mistakenly stepped on rusty and weak concrete that covered the pit latrine and fell inside with nobody around to rescue her.

She said her parents raised alarm on Monday night when she did not return home and the search for her whereabouts continued till Tuesday morning.

“One of the neighbours in search of the missing girl noticed the collapsed lid of the pit toilet in a residential building situated behind the Alasin palace.

“A lifeless body was sighted inside the pit and was later brought out; it was the missing girl and the incident threw the entire community into mourning,” she said.

It was learnt that the deceased was in happy mood when her parents sent her on errand on the day of the incident, unknown that it was a journey of no return.

Many residents of the community were seen sympathising with the deceased parents, Rotimi and Helen, who were wailing uncontrollable.

Meanwhile, the Ikole Local Government Council has warned all landlords in the area with uncompleted or damaged pit latrines to, as a matter of urgency, put them in good shape.

Tunde Famuyisan, Head, Environment Department in the council area, gave the warning on Thursday when reacting to the unfortunate incident that claimed the life of the innocent girl.

Mr. Famuyisan said that all sanitary inspectors in the area have been directed to move from house to house to ensure that every residential building in the council area has functional toilets, as well as demolish life-threatening pit toilets.

He appealed to residents to give useful information to the council workers, so as to detect houses with unsafe pit toilets.