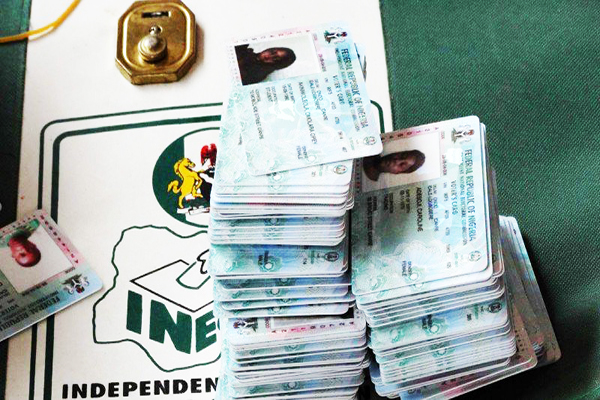 The Independent National Electoral Commission, INEC, on Wednesday said it had directed its state offices to begin the distribution of uncollected Permanent Voters Cards (PVCs) to their owners.

Nick Dazang, Deputy Director of Voter Education and Publicity in the commission, made this known in an interview with the News Agency of Nigeria in Abuja.

Mr. Dazang said the directive was part of efforts by the commission to ensure that uncollected PVCs were distributed to the registered voters.

“It will be recalled that after the 2015 general election, we had over 12 million uncollected PVCs.

“ What the commission did was to direct all states of the federation, including the FCT to strategise ways of distributing the uncollected PVCs that are with them.

“It is an ongoing exercise,” he said.

He, however, said that there was no deadline attached to the directive, adding that it was left for each state to decide on the modality for the distribution.

INEC had in June, 2016, admitted that it had over 12 million PVCs yet to be collected by registered voters across the country.

It had assured that plans would be made to fully distribute the cards before the end of the year.