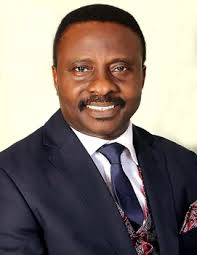 The President of the Christian Association of Nigeria (CAN), Olasupo Ayokunle, has denied ever accusing the United States of supporting the governing All Progressives Congress in the 2015 elections.

In a statement Wednesday by his media assistant, Adebayo Oladeji, the CAN leader said he had never been a politician and would remain apolitical.

He also said his doors remained open to all Christians irrespective of political affiliations.

Mr. Ayokunle said all through his service years, up till the time he emerged CAN President, he never associated himself with any political party in the country and would not do so now that he had been elected divinely to serve.

Mr. Oladeji quoted the cleric as making the clarification “to correct some misrepresentations of facts in an interview he granted some newsmen recently on the visit of the American Secretary of State, John Kerry to Nigeria.”

He said his comment about the visit of the U.S. Secretary of State, John Kerry’s visit to the Sultan of Sokoto and President-General of the Nigeria Supreme Council For Islamic Affairs (NSCIA), Sa’ad Abubakar, was quoted out of context.

He claimed that a reporter he spoke with distorted part of his remarks, and that, out of mischief, he syndicated the distorted report and misled his colleagues to publish falsehood about him.

Part of the report the CAN President said he found offensive reads, “The CAN President noted that the attitude and disposition of Kerry and the discrimination he adopted during the visit supports accusations that the President Barack Obama’s administration, Kerry and other strategic US politicians in the Obama’s government openly supported the All Progressives Congress (APC) in the 2015 general elections, which produced the current leadership of the country”.

The cleric said, “There was never a time I referred to the 2015 presidential poll and the so-called American support given to the APC by the Obama administration in the interview.”

He added, “I was outside the country when the reporter called me to speak on the visit of Mr John Kerry, but from what I read in the media, I was misquoted and misrepresented. I never linked Mr Kerry’s visit to Nigeria with the last presidential election and the possible support of the United States for the APC. And my office immediately set the record straight.

“There was never a time I referred to the 2015 presidential poll and the so-called American support given to the APC by the Obama administration in the interview.”

Mr. Ayokunle said he later found that the reporter who falsified his position on Kerry’s visit to Nigeria had no proof to back up his report, after he spoke with him.

The cleric said, “I stand by everything I said in the interview except where I was misquoted and I urge our media practitioners to be more professional in their reportage.”