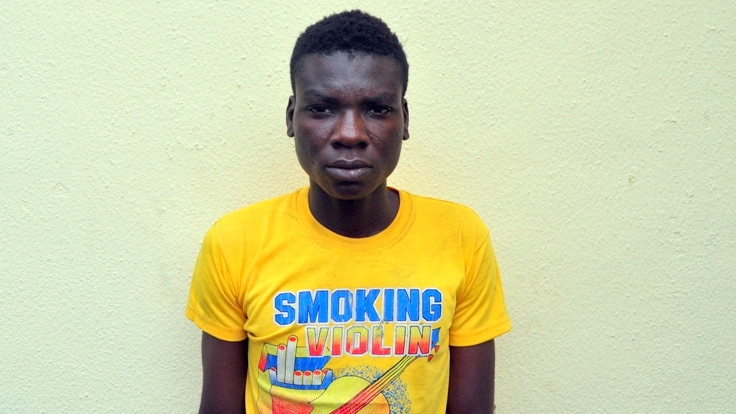 Guard who killed employer in Lagos arrested in Taraba – Police

The Lagos State Police Command said it arrested a guard who allegedly killed his employer in Ajah, Lagos, and fled to Bali, Taraba State.

Tanko Abdulateef, 22, allegedly stabbed Mabel Okafor in the stomach, ripping it open, and made away with her valuables, including three phones, trinkets and clothes, the police said in a statement on Monday.

The incident happened on August 17.

Dolapo Badmos, the state police spokesperson, confirmed the arrest and said he would be charged to court after conclusion of investigation.

“She was killed and the policemen went there and discovered that the house had been ransacked and a lot of properties carted away.

“The woman had a House guard but the guard was nowhere to be found.”

Ms. Badmos said police officers examined the body of the victim and it was noticed that she was stabbed in the stomach; her body was then moved to a mortuary.

“The policemen from the division did necessary scene of crime investigations they were supposed to do, while the matter was transferred to the State Criminal Investigation Department (CID).

“The Commissioner of Police also called on the Decoy Team of the Rapid Response Squad (RRS) in charge of Tracking and tasked them to deal with the matter as well.”

Ms. Badmos said the Decoy Team swung into action immediately, and after seven days, they were able to track Mr. Abdulateef to Taraba State.

“After about three days in Bali, they were able to recover some of the phones stolen from the victim before eventually arresting the suspect where he was hiding,” she said.

Ms. Badmos also confirmed that the three phones, trinkets and the victim’s clothes had been recovered from the suspect, adding that he has been brought back to Lagos.

“There is no escape route for criminals in Lagos State,” said the police spokesperson.

The police said the suspect has been handed over to the State CID for further investigation, while he will be charged to court at the end of investigation.

500 households to be affected by flood refuse relocation