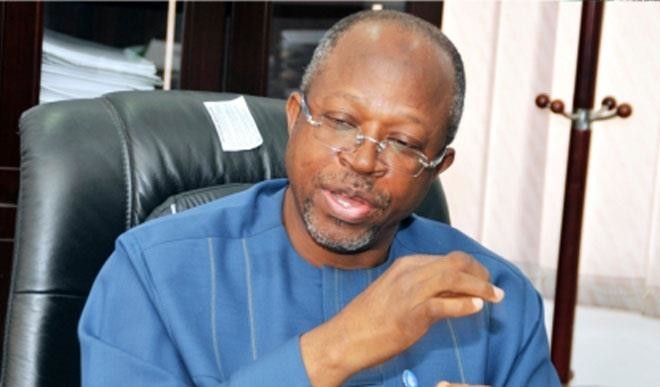 Not every public servant is a thief – Ex-BPP boss, Emeka Eze

A former Director-General of the Bureau of Public Procurement (BPP), Emeka Ezeh, on Monday said it was wrong to brand public servants as thieves, saying people go into government for different reasons.

The former BPP boss said this shortly after he was awarded the Kwame Nkrumah Leadership Award for Excellence by the West African Students Parliament, (WASP), in Abuja.

He expressed shock at the level public funds were being looted and called for serious measures to tackle the problem.

He, however, insisted that there are many diligent and conscientious public servants, who serve under political leaders in the country.

“Not everybody who works for government or public institutions is a thief as there are many diligent and conscientious public servants who serve the political leaders of the time,” he said.

“Government can strengthen the oversight powers of the Bureau of Public Procurement to prevent abuses.

“What is happening in Nigeria is not peculiar to Nigeria except that the speed of getting judicial remedy is faster in other climes.”

He urged the judiciary to find ways to quicken the process of adjudication of cases bordering on corruption, pointing out that justice delayed is justice denied.

He said a directive by the Chief Justice of the Federation to judicial officers across the country can go a long way to fast-track the trial of cases bordering on contract fraud.

While expressing surprise at the revelations about looting of public funds before various courts, Mr. Ezeh said there is need to strengthen the country’s anti-corruption agencies.

“Nigeria is not the worst country on earth, and as such there is no reason to continuously give ourselves negative energy. We should not be too critical of ourselves, in spite of our shortcomings,” he said.

“The current challenges should rather make us see our cup as half full, rather than as half empty, especially with the concerted efforts of President Muhammadu Buhari, to take the nation out of the woods.

WASP Director, Nigerian Affairs, Donald Udo, said Mr. Ezeh was nominated for his diligent, painstaking and dedicated service to the procurement cause.