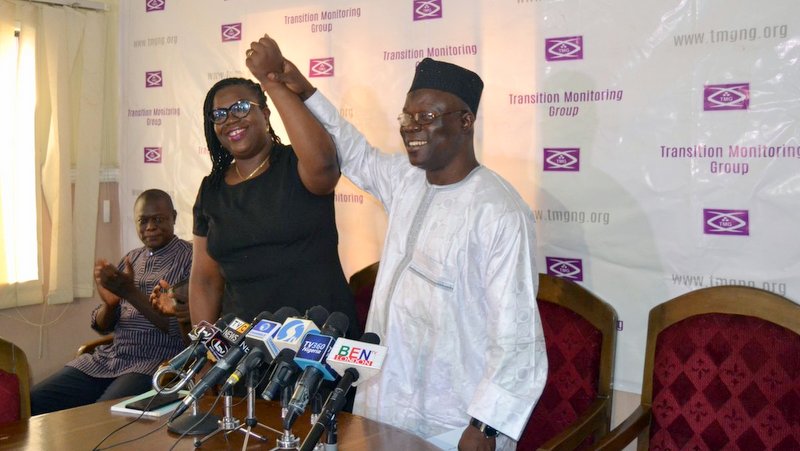 She was elected unopposed at the annual general meeting concluded on Saturday, a statement from the TMG said.

Ms. Akiyode-Afolabi succeeded Ibrahim Zikirullahi, the organisation’s chairman who stepped down after doing the maximum two-term in office.

Other changes announced by the group included the election of 10 new board members for the organisation.

Armsfree Ajanaku, TMG’s spokesperson, said the individuals were pooled from different demographics to reflect the diversity of the country.

The development came two days after a High Court of the Federal Capital Territory quashed a preliminary objection by some members of the organisation who earlier this year announced the removal of Mr. Zikirullahi.

Mr. Ajanaku listed the new board of the TMG as follows:

Abiola Akiyode-Afolabi of Women Advocates, Research and Documentation Centre, based in Lagos, Chair

Tijani Abdulkareem, Socio Economic Research Centre, based in the FCT, Representative for Youth

The new board will be inaugurated on August 22 at the TMG National Secretariat in Abuja, Mr. Ajanaku said.

Salary: NLC to apply `no pay, no work’ rule