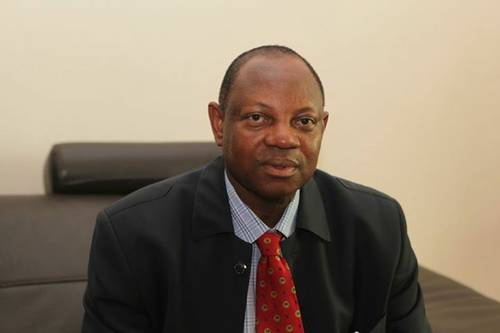 The Special Adviser to the President on Niger Delta, Paul Boro, has said that the scheme has transformed the lives of former Niger Delta agitators.

Mr. Boro, who is also the Coordinator of the Presidential Amnesty Programme, spoke at the graduation of 80 ex-agitators at Innoson KIARA Academy in Enugu on Saturday.

He said the federal government was impressed with the response of the participants.

The coordinator said he decided to witness the graduation to underscore the importance the government attached to the scheme.

Mr. Boro, a retired brigadier general, said government would ensure that none of the graduates missed their track, but driven to prosperity following their participation in the nine months course.

“I remember when I was signing the document for over 200 of you to come to Eastern Nigeria to study. I thought you will not come as you were only familiar with the Niger Delta area.

“Today, I have come to see you succeeding and that means the amnesty programme is on course and succeeding. I am ready for you anytime you need my support.

“We shall put our heads together to make sure that you follow through what you have learnt so that other people will see you as serious and try to be like you,” he said.

Mr. Boro said elsewhere, participants in the scheme had shown greater reliability and commitment to succeed in life.

“Two weeks ago I went to graduates some of our brothers and sisters in London. They surprised everybody in the world because four of them made first class degrees while 22 made second class upper division,” he said.

He appealed to them to make the country proud in their chosen fields of endeavour and be proud of their heritage.

He charged them to hold the Niger Delta region very dear and be good ambassadors of the area, adding that the whole of the region was a pride to the nation.

“The Niger Delta is Africa’s largest delta and the third largest in the world. It covers 70,000 square km and the home of 31 million people with over 39,300 settlements.

“Let us appreciate it and not destroy it,” Boro said.

Earlier, the Head, Vocational Training of the programme, Faith Omofuma, appealed to the graduates to dedicate the rest of their lives to making the best use of what they had learnt.

Mr. Omofuma said that the federal government painstakingly drew the programme to make them gainfully employed as well as employers of labour.

She appealed to them not to go back to the creeks, but to be ambassadors of the amnesty programme in order to make disciples.

In an address of welcome, the Chief Executive Officer of the academy, Endi Ezengwa, commended President Muhammadu Buhari for his continuous support to ensure the programme achieved its set goals.

Mr. Ezengwa said with the positive attitudes exhibited by the trainees, “I have no doubt that the society will feel the impact of the time you spent here as well as your desire to make Nigeria better.

“Innoson Group of Companies is offering employment to all our graduates who wish to work with us,” he said.

He appealed to the Federal Government and states in the region to establish model plastic industries in the Niger Delta since the raw materials were abundant in the zone, especially in Eleme.

“When established, clusters of our graduates will be part of these factories and we will support them to establish, manage and own them eventually,” Mr. Ezengwa said.

The graduates trained in plastic manufacturing processes under the empowerment and industry support initiative of the amnesty programme. (NAN)