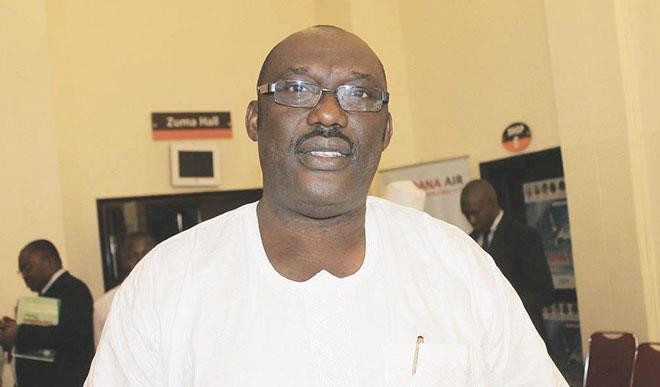 The presidential candidate in last weekend’s Nigerian Bar Association general election, Joe-Kyari Gadzama, has called for the cancellation of the polls after reviewing “the situation and circumstances before and during the elections”.

In a statement Wednesday, Mr. Gadzama’s campaign group said the election, which was conducted via electronic voting, lacked transparency and, as a result, not credible.

Mr. Gadzama, a Senior Advocate of Nigeria, polled 2,384 votes to emerge runner-up behind Abubakar Mahmoud, the eventual winner, who got 3,055 votes.

“We hereby reject the results of the elections and call for the immediate cancellation of the same for failing to be credible, transparent, free and fair, and for failing to comply with the provisions of the NBA Constitution and the Electoral Guidelines,” the campaign group said in a statement issued by Garba Gajam and Steven Abar, Director-General and Secretary respectively.

“We also call for the conduct of fresh Electronic (and not Internet) Elections that will be credible, transparent, free and fair and in compliance with the provisions of the NBA Constitution and the Electoral Guidelines.”

Two days to the election, Mr. Gadzama’s campaign team had accused Augustine Alegeh, the outgoing president, of a “brazen show of preference for and serious capital and human resources investment” into promoting Mr. Mahmoud.

In their latest statement, the group accused Mr. Alegeh of colluding with the Electoral Committee of the NBA on election day to ensure Mr. Mahmoud’s victory.

Mr. Alegeh, a Senior Advocate of Nigeria, told PREMIUM TIMES that it was normal for a loser in every election to feel aggrieved.

“We are happy that most of our members are very happy with the conduct of the election,” he said.

“The Electoral Committee of the NBA conducted an election that was adjudged by most of our members to be transparent, free, fair, and by all means the best election ever conducted in the history of the NBA.

“It is not unexpected that Gadzama having lost the election will be bitter. But at the Bar, we are one family, we expect everybody after the election to sheathe their swords and work for the greater interest of the bar.

“When Gadzama also lost the election in 2010, he made similar allegation, that the election was moved to Ibadan just to deprive him of the chance of winning.”

Mr. Alegeh said as the president, he only constituted an electoral committee but did not conduct the polls.

“If you go to INEC election, you have a voters register prepared and people do accreditation on the day of the election. We even started accreditation about a week before voting.

“So as the president of the bar and somebody who is interested in knowledge, I find it very…for want of a better word… very depressing to hear complaints of this nature. There was a voters list prepared, after it was prepared we now got to the stage of accreditation, after accreditation voting.

“We had such a robust system that after voting had started, people were still allowed to accredit. But we had a cut off, midnight. And after the accreditation, the total number of accredited voters were displayed,” he said.

Despite the controversies trailing it, the 2016 election witnessed a marked improvement in voters’ participation compared to the previous one.

In 2014, Mr. Alegeh had emerged NBA president polling a mere 691 votes to defeat his closest rival, Dele Adesina, who got 370 votes.

“During my time we used delegate system,” Mr. Alegeh said.

“But in this election, the loser scored 2,384, so we are moving from a system where I am president today with under 700 votes, and now somebody has scored over 2,300 he’s not elected.

Mr. Alegeh said the NBA leadership is making efforts to resolve the post-election controversies, insisting that the poll was “extremely credible.”

“We are making efforts but it is not every effort you are making that you put out there in the open,” he said.

“Like I said, it is family, when people’s aspirations do not materialize, naturally they will feel bitter. But I’m sure that it will blow over.”