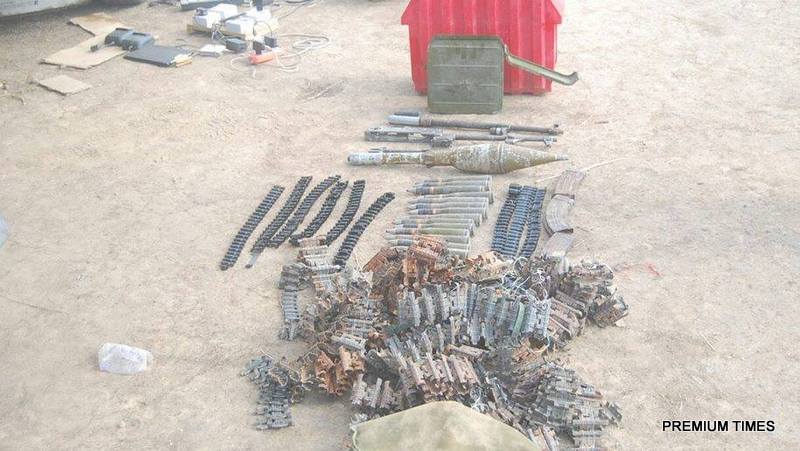 The United Nations has raised alarm over the illicit proliferation of Small Arms and Light Weapons (SALW) in Nigeria with over 350 million or 70 per cent of an estimated 500 million of such weapons said to be circulating in West Africa be in the country.

The director of United Nations Regional Centre for Peace and Disarmament in Africa (UNREC), Olatokunbo Ige, gave this statistics at the ongoing National Consultation on Physical Security and Stockpile Management (PSSM) in Abuja, organised by the Agency and Presidential Committee on Smalls Arms and Light Weapons (PRESCOM).

Ms. Ige said the country is awash with illicit weapons, which have found its way into unauthorised hands on non-state actors that are threatening the existence of the country, as well lives and properties of the people.

“The illicit proliferation of SALW has had a dramatic impact on peace and security in Africa, threatening not only the existence of the state, but also the livelihoods of millions of people across the continent,” she said.

“Nigeria is one of the countries that is experiencing some of the most devastating effects of the proliferation of SALW as a result of spillover effect of the recent crises in Libya, and Mali as well as unresolved internal conflicts in different parts of the country especially in the North East, Niger Delta and Southern regions.”

“While reliable data on the numbers of these weapons circulating freely in the country is unavailable, analysts have in recent times estimated that of the about 500 million weapons that may be circulating in West Africa in 2010, some 70 per cent of these could be found in Nigeria,” she added.

She warned that “as alarming as these figures seem, it is very clear that if left unchecked, this scourge will not only jeopardise the developmental gains achieved over the last 50 years, but will also impede the nation’s capacity to achieve its developmental targets and therefore, negatively impact on the future generations”.

According to Ms. Ige, this has highlighted, more than ever before the critical need not only to control the flow of arms in the non-state sector, but also the state owned actors through the effective management of the armoury and weapon stockpiles.

“It is widely acknowledged that one of the major factors contributing to the illicit proliferation of arms is the ineffective stockpile management,” she noted.

The UNREC boss stressed that unsecured stocks and ineffectively managed stockpiles are a major contributing factor to the trafficking and diversion of arms into the illicit market and their subsequent flow to the terrorists and other criminal groups like Boko Haram and Niger Delta militants.

She said that part of the activities programmed under the PSSM in the Sahel project in the context of the UN and European Union (EU) is to support security and stability in the region.

Ms. Ige explained that the project, which is funded by the EU, has been developed jointly by the United Nations Office of Disarmament Affairs (UNODA) for the benefit of the six Sahel countries of Burkina Faso, Chad, Mali, Mauritania, Niger and Nigeria.

“This project aims to support states in the region to prevent diversion and trafficking of SALW and their ammunition, by improving the PSSM of national stockpiles,” she stated.

Also speaking, the Chairman of PRESCOM, Emmanuel Imohe, said Nigeria’s Firearms law was obsolete and ineffective in the face of the 21st century security challenges.

Imohe said that PRESCOM has to generate a new document in collaboration with relevant agencies for over six months to come out with a repeal of the firearms bill that is yet to be attended at the National Assembly.

“The 1959 Firearms Act is obsolete and using the 1959 law to tackle the 21st century security challenges is ineffective,” he said.

In the same vein, the Resident Coordinator of the UN Systems in Nigeria, Jean Gough, said “the elaboration of laws and procedures which are adapted to the current reality, aiming to provide the necessary framework to better prevent the occurrence of eventual theft, loss, diversion and explosions in national weapons and ammunition storage has become an essential requirement.

“Through the provision of technical assistance and the necessary resources to this effect, technical and financial partners have committed to support the beneficiary member states of this project in this endeavour.”

Ms. Gough however noted that the major challenges in the fight against the illegal and abusive use of SALW remains the issue of the illicit transfer of such weapons to non-state actors, including among others, armed groups, terrorists and criminals.