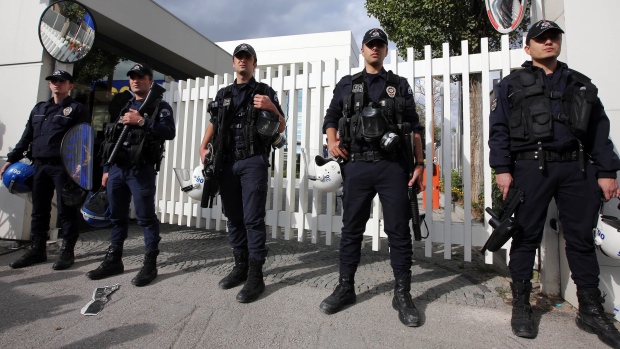 A sex tape saga that affected Turkey’s opposition parties several years back has returned to the headlines, as detention orders were issued Tuesday for 120 people in connection with the video.

A media report in Istanbul said that sex tape engulfed the centre-left People’s Republican Party (CHP) and the Nationalist Movement Party (MHP) on the right and has been linked to the same movement of an Islamic cleric that the government blames for the failed coup attempt on July 15.

It said that so far, authorities detained 34 members of the police force and two others in what is known as the “cassette” case.

Deniz Baykal, who was the leader of the CHP, was forced to resign as party chair in 2010 over a video leaked online which showed him having sex with a female party member. MHP politicians had similar problems.

The government and both of these opposition parties blame Fethullah Gulen, a Turkish cleric living in the U.S. for the July 15 failed putsch.

They also blame his followers for a series of wiretappings and leaks which have wreaked havoc on the Turkish political scene for years, including the sex tapes targeting the opposition and, three years later, leaks purporting to show corruption in government circles.

At the time, some members of the opposition accused the AKP of being behind or at least complacent in the sex tapes leak. (dpa/NAN)