An unidentified driver and a passenger escaped death on Wednesday when a car they were travelling in fell off a bridge in Abuja.

The vehicle missed the Jabi Lake by a few inches.

The accident occurred at about 10.am along the busy Shehu Yar’Adua Expressway opposite the Jabi Lake Mall.

An official of the Federal Road Safety Commission, FRSC, who witnessed the accident but pleaded not to be named because he was not authorized to speak on the matter, said the driver lost control due to over speeding.

“I was coming about a hundred meters away when the car flew off the neck of the bridge and disappeared down the cliff,” the officer told PREMIUM TIMES.

“The driver of the car was running very fast on the speed lane when another car interrupted him and he attempted to veer towards the service lane.

“He, however, lost control as the car swerved off the neck of the bridge and glided dangerously towards the lake and only stopped inches from the water.”

The official also confirmed that both the driver and the lone passenger in the vehicle came out alive and were taken to a nearby hospital. 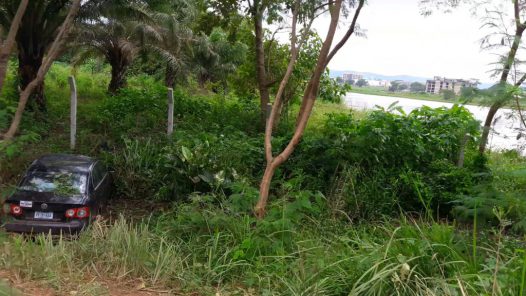 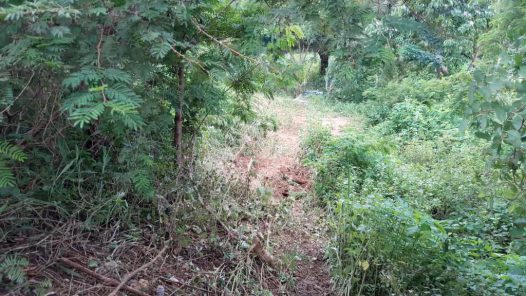 Why I entered peace deal with Amaechi – Governor Nyesom Wike