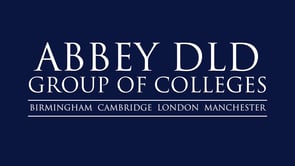 At a press conference in Lagos, Monday, the officials said they were considering opening up the East African markets to complement the Nigerian market.

“We already have a lot of clients in Nigeria, Nigeria happens to be the most important market for the colleges in the UK in the whole of Africa. That is why the focus is much more in Nigeria than any other country in Africa.

“Like I told you, Nigeria has been the foremost market before, in most of the colleges in the UK, so because of what was happening to the Nigerian economy, that was why the owners of the college agreed to explore the African market at least for this period to complement the Nigerian market.”

Mr. Jalaluddeen said UK schools had relied mostly on Nigerians for their international students. His school bills £20,000 and £11,000 yearly for tuition and accommodation respectively for a two-year programme that prepares Nigerian students for UK universities.

“So, based on what they noticed, what is going on in Nigeria, the numbers are seriously going down so that was when it was agreed that something needs to be done in Africa, let other African markets be involved.

“We had serious issues, right now there are students that are there and the parents are having difficulties paying their tuition fees, paying for their accommodation, even as little as sending them pocket money. It’s becoming a serious issue right now.”

There are four UK universities among the top 10 universities across the world, according to the QS World University Rankings 2015/2016.

Charles Johnson, Marketing Director, Abbey DLD Group of Colleges, said parents should research on the schools they want to send their children to abroad.

“The first thing you do is go to their website and you see where is the destination of their leavers,” Mr. Johnson said.

“If that school is not prepared to share with you where their children are going on to study, then they are hiding something. In other words, look at the calibre of universities that those students are going to after that college, and that will tell you an awful lot about the calibre of teaching, and I would also add, the calibre of pastoral care, because if your child is not happy, he or she will not work hard. So it is just as important to look after them properly as it is to make sure they work hard, because the two go hand in hand in my experience.”

Mr. Johnson said no school in Nigeria is affiliated to a “leading university” in the UK.

“When I was the head of a secondary school in Abuja, I was asked on NigerianInfo radio station, whether my school had any affiliations to leading universities in Britain and America, I said no school anywhere in the world is affiliated to a leading university,” Mr. Johnson said.

“The most important thing in preparing children for university is to prepare them for not only the best university they are capable of going to, not every child can get to Oxford, Harvard, or Cambridge; but every child should be able to get to an aspirational university to do a course which also stretches them.”