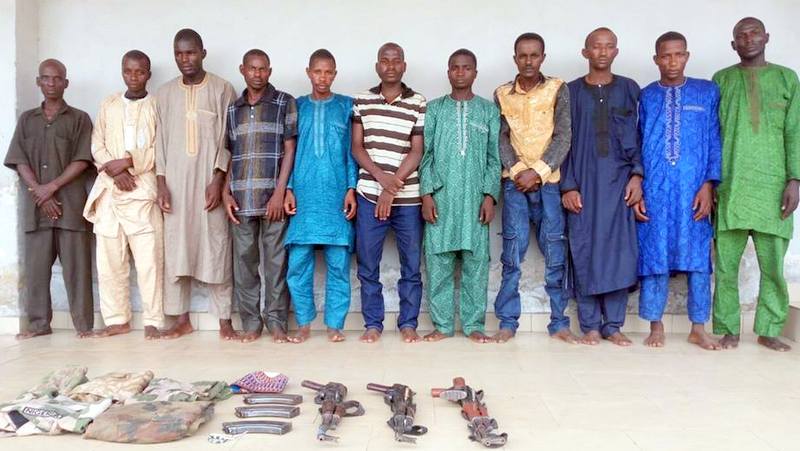 The Police say they have dismantled a gang of kidnappers in Kaduna which had been terrorizing the state, the Federal Capital Territory, and the North-Central states of Nigeria.

The Force Public Relations Officer, Don Awunah, in a press statement released on Tuesday, said the 11-member gang was behind the abduction of Alfred Claude-Nelson, the Deputy High Commissioner of Sierra Leone to Nigeria, on June 30.

Mr. Awunah said the gang was also responsible for the abduction of an executive director of Dangote Group, and other high profile kidnap cases in recent times.

Mr. Awunah said the arrest was made on July 11 by the Intelligence Response Team (IRT) of the Nigeria Police, through a coordinated operation based on intelligence and technical support.

The IRT operates under the Inspector-General of Police Monitoring Unit.

The police gave the names of the arrested gang members as follows: Rabiu Yusuf, 45, said to be the gang leader; Garba Abubakar, 27, aka Habu, said to be the second in command; and Yusuf Adamu, 20.

The police said the IRT tactical surveillance of the Abuja-Kaduna axis and all the adjoining states led to the arrest of the gang members.

The police said the suspects would be charged to court as soon as investigations are concluded.