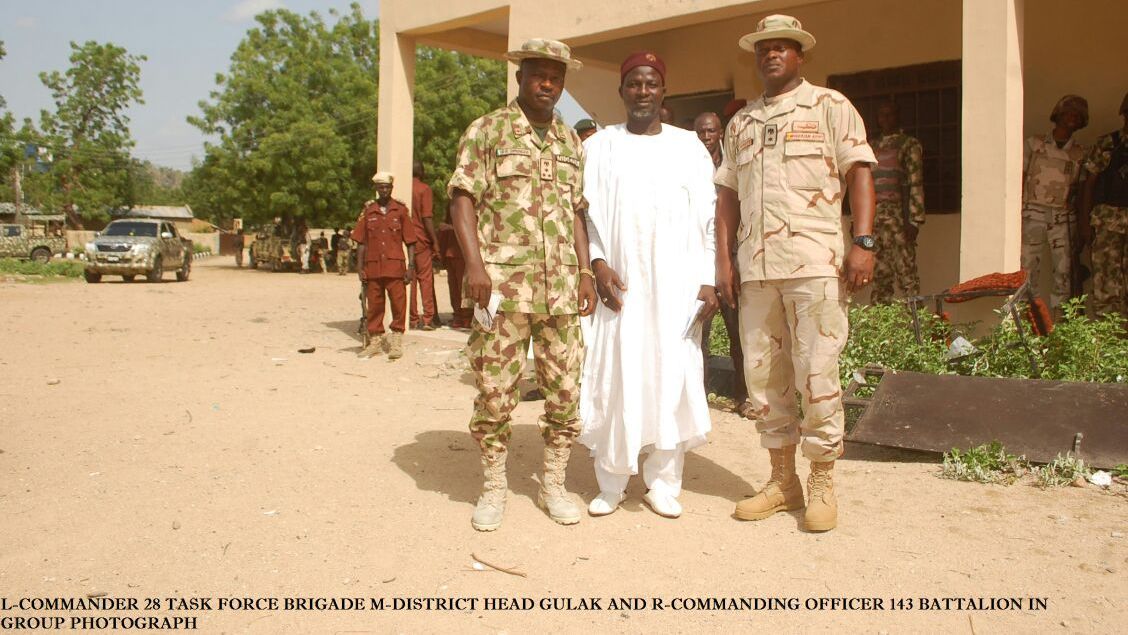 The Nigeria Army on Sunday visited Kuda Community in Adamawa State to condole families of the 18 mourners shot dead by Boko Haram insurgents during the wake-keep of one of their deceased kinsmen last week.

The gunmen had crept into the agrarian community and opened fire on the mourners, killing 18 of them and injuring at least five others.

The spokesman of the Nigerian Army, Sani Usman, said in a statement that the Commander 28 Task Force Brigade, Brigadier General Felix Omoigui, visited and commiserated with the families of the deceased in the community.

“He also interacted with the community leaders and the vigilantes,” the statement said.

Mr. Usman, a colonel, said the commander also toured the area, and urged the community not to despair as the military would continue to be on hand to protect residents.

The statement by Mr. Usman added, “He (the commander) added that his command would do all that is possible to track and apprehend the assailants and also assured that remnants of Boko Haram terrorists hiding in the area would be found and routed out.

“He however stated that that could not be successfully done without the active cooperation and support of the people. He therefore enjoined them to see the fight against terrorism and insurgency as a collective responsibility that requires synergy of efforts and timely and accurate information sharing.

“He further encouraged them to be more vigilant and security conscious and report any suspicious movement or persons immediately.

“Responding on behalf of the community, the District Head of Gulak, Alhaji Ijadi Bello, thanked the Commander for the visit and acknowledged that there was need for closer collaboration between the security agencies and his people. He promised to cooperate and support the military in the fight against the Boko Haram terrorists”.