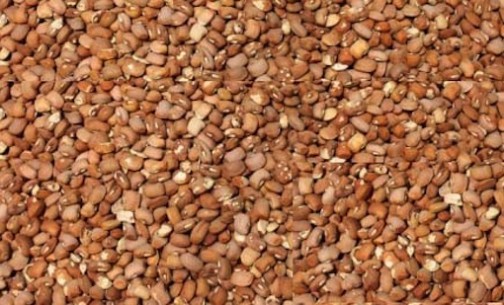 A U.S. multinational agrochemical and agricultural biotechnology corporation, Monsanto, has debunked concerns about the safety of genetically modified crops.

In a response to a PREMIUM TIMES report, the organization said concerns about the safety of GMOs are unfounded.

“Many of us at Monsanto are parents who have spent a lot of time thinking about and studying GMOS and we feel confident feeding them to our kids,” Charla Lord, a Monsanto spokesperson said in an email Thursday.

“A big part of that confidence comes from knowing that independent experts who’ve looked at GMOs have concluded that they’re as safe as other foods. That includes groups like the American Medical Association and the World Health Organization, as well as government agencies like the FDA.

“GM crops undergo safety assessments that are more rigorous and thorough than assessments of any other food crop in history.

The two permits are: ‘Permit for Commercial release/ Placing on Market of Cotton (MON15985) genetically modified for lepidopteran insect pest resistance’ with Permit No: NBMA/CM/IM/001 and ‘Permit for Confined Field Trial (CFT) of maize (NK603 and MON 89034 x NK603) genetically modified for insect resistance and herbicide tolerance’ with Permit No: NBMA/C FT/001.

The permits came despite concerted efforts of many Nigerians (comprising 100 groups of farmers, faith-based organizations, civil society groups, students, and local farmers) to prevent the introduction of genetically modified (GM) cotton and maize into Nigeria’s foods and farming system.

The NBMA approved the glysophate herbicide resistant maize despite the International Agency for Research on Cancer report that linked the active ingredient glyphosate to cancer.

But Monsanto said there’s “overwhelming weight of evidence” against IARC’s classification of glyphosate as a carcinogen.

“Importantly, IARC overlooked decades of thorough and science-based analysis by regulatory agencies around the world and selectively interpreted data to arrive at its classification of glyphosate,” Ms. Lord said.

“No regulatory agency in the world considers glyphosate to be a carcinogen.

“Regulatory agencies have reviewed all the key studies examined by IARC – and many more – and arrived at the overwhelming consensus that glyphosate poses no unreasonable risks to humans or the environment when used according to label instructions.

“In fact, since IARC classified glyphosate, regulatory authorities in Europe, Canada, Japan and Australia have publicly reaffirmed that glyphosate does not cause cancer.

“Additionally, in May 2016, the Joint FAO/WHO Meeting on Pesticide Residues (JMPR) concluded that ‘glyphosate is unlikely to pose a carcinogenic risk to humans from exposure through the diet.'”

In 2014, the Sri Lankan government ordered a ban on glyphosate, the active ingredient in Monsanto’s top-selling herbicide Roundup, following concerns that the chemical may be linked to a kidney disease killing agricultural workers.

The ban came weeks after the publication of a new study in the country suggesting glyphosate as the leading cause of the illness.

While it did not provide new scientific evidence, the paper detailed a theory about how the use of the chemical in areas with heavy metals in the drinking water had caused the chronic kidney disease.

In its email to PREMIUM TIMES, Monsanto argued that glyphosate has a long history of safe use.

“In evaluations spanning four decades, the overwhelming conclusion of experts worldwide has been that glyphosate, when used according to label directions, does not present an unreasonable risk of adverse effects to humans, wildlife or the environment,” said Ms. Lord.

“In the many studies undertaken to date, there is no credible evidence that glyphosate contributes to kidney disorders or chronic kidney disease of unknown origin (CKDu).

“Glyphosate-based herbicides, including Roundup-brand formulated products with surfactants, all have a long history of safe use and do not pose any unreasonable risk to human health when used according to label directions.”

On May 26, 2016, a St. Louis jury ordered Monsanto to pay $46.5million in damages for negligence in the production of polychlorinated biphenyls (PCBs).

The case, which went on trial on April 26, 2016, involved three of nearly 100 plaintiffs claiming that “exposure to PCBs caused cancer and non-Hodgkin lymphoma.”

While a number of plaintiffs had died as a result of the cancers they developed from the toxic PCBs, their claims were made by surviving relatives, according to environmental activists.

Ms. Lord said the court suit involved three plaintiffs and only one was represented by a relative.

“We have deep sympathy for the plaintiffs but the evidence simply does not support the verdict…, including the fact that scientists say more than 90% of non-Hodgkins lymphoma cases have no known cause,” she said.

“Monsanto’s predecessor company manufactured and sold PCBs, an industrial chemical, to large companies that then incorporated them as safety fluids and additives in their own products.

“Monsanto stopped manufacturing PCBs in 1977 and the current company focuses solely on agricultural products so this case has nothing to do with Monsanto’s business today.”