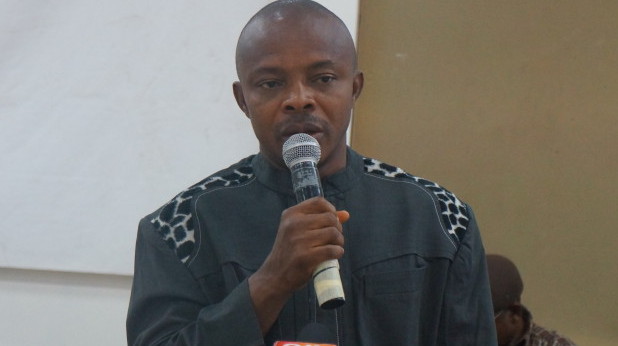 The Nigeria Labour Congress (NLC) would not sign any agreement with government on a new minimum wage that would not be implementable, its factional leader, Joe Ajaero, said on Wednesday.

Mr. Ajaero was talking on the terms his group reached with the Federal Government following the recent withdrawal of fuel subsidy, which pushed up the price of petrol from N86.50 per litre to N145 per litre.

He said the ability to pay should be the basis of any minimum wage negotiation or agreement, pointing out that no labour leader would sign any agreement that would not be realistic.

The factional labour leader said although his group proposed N90, 000, against N56, 000 by the Ayuba Wabba-led faction, government still had the prerogative to come up with its own proposal of the package it would be able to pay.

“If government comes out with its position, the labour movement can crosscheck and counter it, if necessary, before the agreement is signed,” Mr. Ajaero said.

The minimum wage proposal was based on a realistic economic index, which could force government to reduce its workforce, if necessary, he noted.

Mr. Ajaero said a sub-committee would soon be constituted to look into an increment in wages for the manufacturing sector, to cater for the welfare of employees in the sector.

On the new prices of petroleum products, Mr. Ajaero said only a properly constituted Board of the Petroleum Products Pricing and Regulatory Agency (PPPRA) had the prerogative to fix fuel price in the country.

“The last time the Board of the PPPRA was reconstituted was four years. Therefore, even if organised Labour and Nigerians were to compel the government to reduce the N145 petrol price to N50 per litre, it would still be illegal,’’ he argued.

He called for the reconstitution of the Board within two weeks.

The president, Nigeria Union of Petroleum and Natural Gas Workers (NUPENG), Igwe Achese, said the only lasting solution to the problem was for the country to build new refineries to guarantee local refining, rather than import.

Mr. Achese called on government to ensure that existing refineries were fixed, to enable them perform optimally and pave the way to end of importation of petroleum products.

He said Labour would ensure that the N5 trillion palliatives promised by the government were implemented, to alleviate the sufferings of Nigerians from the withdrawal of fuel subsidy. (NAN)