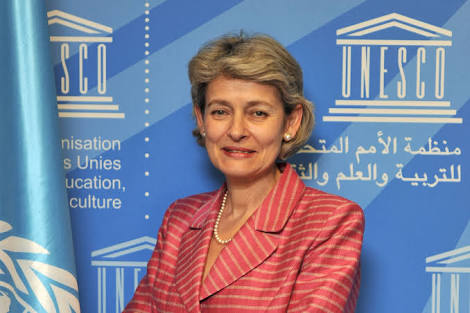 Paris, 25 May—The Director-General of UNESCO, Irina Bokova, has welcomed the decision of the Supreme Court of Azerbaijan to free Khadija Ismayilova, the investigative journalist who won this year’s Guillermo Cano World Press Freedom Prize in recognition of her outstanding contribution to press freedom in difficult circumstances.

“Some three weeks after UNESCO awarded Khadija Ismayilova the prestigious UNESCO/Guillermo Cano World Press Freedom Prize, I welcome her release from prison as a major step for freedom of expression, due process and the rule of law in Azerbaijan,” said the Director-General. “UNESCO’s commitment to stand by journalists around world, is unwavering,” Ms Bokova added. “Our mandate to enhance the safety of journalists and fight impunity for crimes against them, to defend freedom of expression and media freedoms has never been so important. This requires the commitment of all actors and every Government.”

Ms Ismayilova, a freelance journalist and contributor to the Azerbaijani service of Radio Free Europe, was detained in December 2014. In September 2015, was sentenced to seven and a half years’ imprisonment on charges relating to abuse of power and tax evasion.