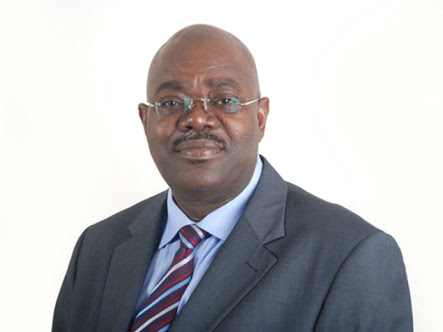 The Governor of Edo State, Adams Oshiomhole, on Monday relieved Abdul Oroh of his appointment as Commissioner for Commerce and Industry in the State with immediate effect.

A statement by the governor’s Chief Press Secretary, Peter Okhiria, said Mr. Oroh was removed in the public interest.

The governor then approved approved the appointment of Kerry Emokpare as Commissioner-designate in the State.

PREMIUM TIMES has however learnt that Mr. Oroh’s sack is one of the fallouts of the deep political disagreement between Mr. Oshiomhole and his deputy, Pius Odubu.

The two officials fell out recently after Mr. Odubu indicated his interest in succeeding his boss after the expiration of the governor’s tenure later this year.

Mr. Oshiomhole is openly opposed to his deputy’s aspiration, and is believed to be backing another candidate, Godwin Obaseki, the chairman of the state’s Economic Team.

But while the governor and is deputy remained at loggerheads, Mr. Oroh is believed to have openly taken sides with Mr. Odubu, to the surprise and irritation of his boss, the governor, those familiar with the matter told PREMIUM TIMES.

“The truth is the political calculation in the state does not favour his remaining in power anymore,” an official well briefed on the matter told this newspaper. “He is openly on the side of the deputy governor, against his own boss, a man who appointed him to office.

“I think he just has to go so he can concentrate fully in his new preoccupation of backing Odubu. The governor has wished him well.”

Two close aides of the governor confirmed that narration.

But when contacted on Tuesday morning, Mr. Okhiria insisted Mr. Oroh was “removed in the public interest as contained in the statement I issued yesterday.”

He said he had no other information on the matter.

Mr. Oroh could not be reached to comment for this story. He did not answer or return multiple calls made to his telephone.

Mr. Oroh, lawyer, journalist and civil rights activist, was a former member of the House of Representatives.

He was also a for Commissioner for Agriculture and Natural Resources in the state.