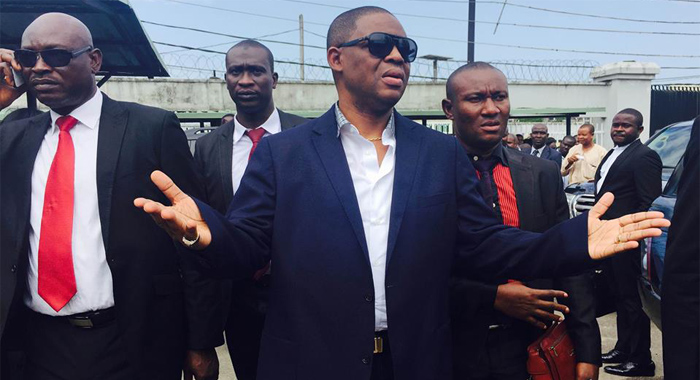 Operatives of the Economic and Financial Crimes Commission are currently laying siege on the home of a former Minister of Aviation and opposition politician, Femi Fani-Kayode, the commission has said.

The cordon is coming hours after the EFCC wrote to Mr. Fani-Kayode, inviting him to appear at the commission’s headquarters on Monday, for questioning over allegations of corruption.

Mr. Fani-Kayode said in an earlier statement on Friday that he would honour the invitation and cooperate with investigators.

Shortly before 5 p.m., the former minister, who has been a vocal critic of the Muhammadu Buhari administration, issued another statement, alerting that operatives of the EFCC were at his residence.

“Today the EFCC invited me to come their office on Monday. I have their letter. I agreed to be there. Now they have surrounded my house,” Mr. Fani-Kayode wrote.

“The letter of invitation was served this morning and it was dated 6th May. They said I should report on the 9th.

“Can someone please tell me why they are at my gate? They can’t even wait because they want to detain me so badly and keep me away for the weekend.

“I never refused their invitation. Why all this? I leave them to God,” Mr. Fani-Kayode said.

Wilson Uwujaren, the spokesman of the EFCC, confirmed the development to PREMIUM TIMES.

But when asked to explain why the agency’s officials were surrounding Mr. Fani-Kayode’s home ahead of his expected appearance at the commission’s office on Monday, Mr. Uwujaren disconnected the call. He did not respond to further calls and SMS.

Mr. Fani-Kayode had said on Thursday that the EFCC wished to “arrest me in public, humiliate me or to storm my home and lock me up indefinitely”.

“There is no need for all that drama and if it happens that way the Nigerian people will know why. I have no fear of the EFCC, I will respond to their invitation any day and anytime they send it to me and I will help them to clarify whatever issues they wish to raise in any way that I can,” he said.