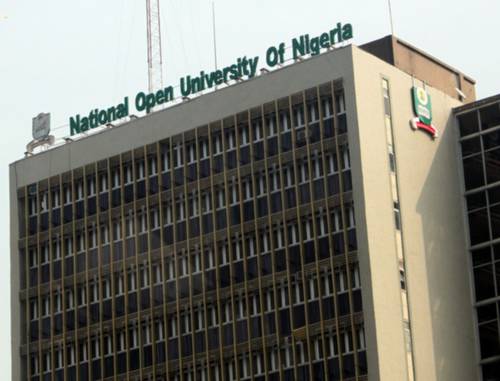 The National Open University of Nigeria (NOUN) has granted 100 per cent waiver to prison inmates who desire to further their education across the country.

This is contained in a statement signed by the Director, Media and Publicity of the institution, Ibrahim Sheme.

The statement said the development was in keeping with the institution’s mandate of making education accessible to the less privileged in the society.

It quoted the Vice-Chancellor of the university, Prof. Abdalla Adamu, as announcing the grant while receiving his counterpart from the Nigeria/Turkish Nile University, Prof. Huseyin Sert, in Abuja.

The waiver, formerly pegged at 50 per cent, would now enable the inmates have unfettered access to quality education.

The development would also encourage other inmates to take advantage of the initiative to intensify efforts in realising their dreams and improve the quality of their lives.

According to the statement, Adamu described as worrisome the absence of meaningful social support system for inmates to acquire education in the country.

“Having suffered abandonment by relatives, emotional and physical confinement, prison inmates will see such gesture from NOUN as a measure to reduce their burden.

“It will also provide a platform for them to improve their skills and make themselves better citizens.

“NOUN, being a single-mode institution, is charged with the responsibility of adding lifelong values to those yearning for quality education.

“It also seeks to explore the option of taking education to young girls, who for cultural reasons, cannot access education,’’ Adamu said in the statement.

He also remarked in the statement that the visit by Sert had afforded NOUN the opportunity to define areas of collaboration between the two institutions.

It urged the authorities of both institutions to explore collaborations in peace studies and conflict resolution.

“This is important in view of global threat to peace, cultural performances, exchange programmes for staff and students of these universities.

“It is equally for Public Private Partnership approach to solve problems of mutual interests,’’ Adamu said in the statement.

As part of efforts to strengthen international collaborations, Adamu hinted in the statement that a concept of `Diaspora NOUN’ would soon come on board.

This would enable Nigerians, living and working in Anglo-phone countries, to have access to education at their convenience and at affordable rates, it said.

The NOUN V-C in the statement cited Ghana, Liberia and Sierra Leone as some of the countries to be considered for the initiative.

It said that part of the corporate social responsibility (CSR) of the Nigeria/Turkish Nile University was to collaborate with state governments in Nigeria to improve intending students’ access to tertiary education.