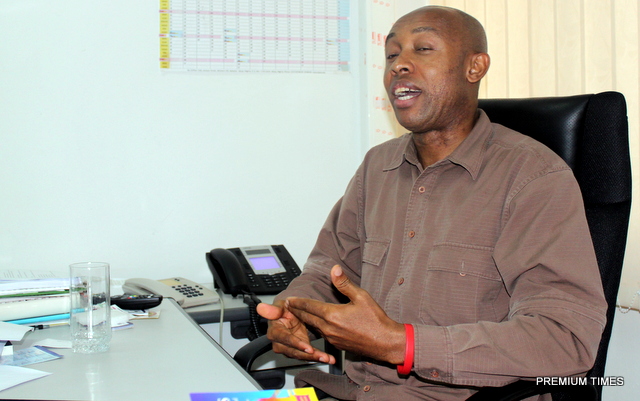 A former chairman of the National Human Rights Commission, Chidi Odinkalu, on Saturday, emerged winner of this year’s Unity Schools Old Students Association, USOSA, president-general election, with a promise to champion renewed focus on qualitative education for all.

In the election, which held inside the main auditorium of the National Universities Commission headquarters in Abuja, Mr. Odinkalu polled a total number of 269 votes to thump Lawrence Wilbert, a successful telecoms executive and his only challenger in the race, who scored a total of 24 votes.

Mr. Odinkalu’s victory highlights his growing popularity amongst not just his contemporaries who believe he has the required charisma to elevate the organisation but many other pro-education advocates who have been following his tenacious campaign for improved education of the underprivileged.

“I have been following Mr. Odinkalu’s selfless service fighting for education of Nigerians in dire straits over the years and I can tell you clearly that he has the glamour and the pedigree to take USOSA to an all-new level,” said Francis Orbii, a product of Federal Government College, Ogbomoso, who voted for Mr. Odinkalu. “Members apathy has made people ask ‘what value does USOSA have?’ but I am hopeful that, with Odinkalu now leading us, the membership will become attractive to all USOSA alumni.”

In his acceptance speech shortly after his victory was announced, Odinkalu said, “USOSA has elected an executive, not a sole administrator,” adding that he will “avoid paralysis by analysis.”

After expressing deep concerns for the current state of USOSA, Mr. Odinkalu went on to outline his policy proposals and how intends to achieve them.

Mr. Odinkalu ended his speech by summoning an emergency gathering of the new executive committee of the organisation.

“USOSA is the most enlightened body of Nigerians that is capable of fighting for education,” Mr. Odinkalu said. “So, we’re not building an alumni network, we’re building a movement for education.”

Speaking with PREMIUM TIMES shortly after the election, Frank Nweke Jr, a former minister of information and national orientation, said the significance of USOSA could not be over emphasised, adding that Mr. Odinkalu’s victory was a call to service for all those privileged to obtain quality education from unity schools.

Mr. Nweke, who attended Federal Government College, Maiduguri, further stated that the vision outlined by Mr. Odinkalu reflected the position of a plurality of USOSA members.

“The vision that he has outlined captured the imagine and the expectation of most of us,” Mr. Nweke Jr said. “He didn’t just put things together by himself, he embarked on a wide consultation with members in the course of the campaign to let us know that we have a responsibility as the current crop of leaders to do what needs to be done to salvage this country.”

Other candidates elected unopposed in Saturday’s poll are:

Past presidents-general of USOSA include Kabir Nuhu-Koko, a director at the Central Bank of Nigeria, and Albert Okumagba, the group managing director of BGL Securities PLC.