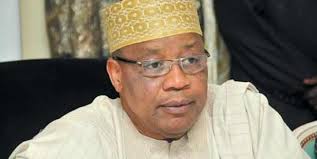 Former military president, General Ibrahim Babangida, has given one of his most incisive and extensive interviews in recent times during which he fielded questions on everything from Biafra to Buhari.

Mr. Babangida spoke to The Interview in Minna, in a two-hour interview in the December issue of the magazine out next week.

On Biafra, he said, “We do not need this distraction now…” but added that, “I will vote for an Igbo president in 2019, if I find one.”

On his relationship with President Muhammadu Buhari, who had accused him of staging the 1985 coup to save General Aliyu Gusau and himself, Babangida told a story of their 2006 encounter arranged by former Abia governor, Chief Orji Uzor Kalu, as proof that all is well between him and the president, adding, “One thing you guys in the media want is for us to be exchanging words with each other each time we see.”

He spoke on June 12 and how he received the news of the death of the winner of the election, Chief MKO Abiola, saying, he “was shocked,” but without regret.

“Do you believe he (Abiola) died of natural causes?”

Also in the interview, Babangida spoke on the two “most traumatic” coups during his eight-year regime – the Mamman Vatsa and Gideon Orkar coups – revealing, for the first time, a meeting he had with Vatsa before his trial began. The interview also covered Dele Giwa and the C130 Hercules plane crash in Ejigbo, which left 150 military officers dead.

In the same edition, frontline lawyer and Senior Advocate of Nigeria, Femi Falana, spoke on why he was dropped from the ministerial list, while the new President of Mauritius, Ameenah Gurib-Fakim, gave African leaders some homework to do.

The edition, according to the Managing Director of the magazine, Azu Ishiekwene, also features interviews with leading South African Editor-In-Chief of City Press, Ferial Haffajee; young prodigy and Bill Gates scholar at Oxford, Ify Aniebo; and the D-G of NIMASA, Haruna Baba Jauro, with an extended version of Interview Confidential, the inside news in whispers.

Nigeria to prosecute T.B. Joshua, others over death of 116 persons in church building collapse