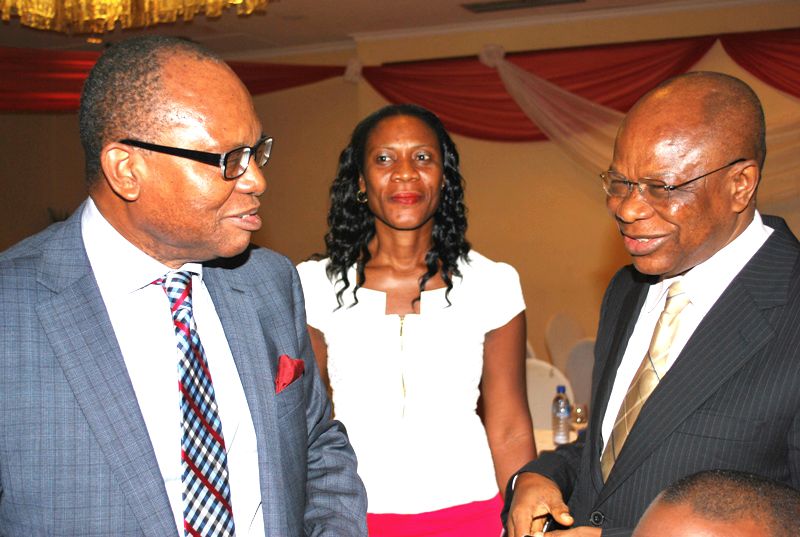 The Realnews Magazine and Publications Limited will hold its Third Anniversary Lecture on Thursday, November 19, 2015.

Realnews is focusing this year’s lecture on the economy which is currently in the doldrums. All the economic indices in the country now ranging from depleting foreign reserve, depreciating value of the naira, the double digit interest rates, high rate of unemployment especially amongst youth to inflation rate which is now on the increase show that there is need for a rethink of the economic direction Nigeria is heading, especially in this new civilian administration that most Nigerians want CHANGE.

The lecture entitled: “It’s the Nigerian Economy, Stupid”, which will be delivered by Professor Chukwuma Charles Soludo, a renown economist and former Governor of the Central Bank of Nigeria, will take place at the Oriental Hotel, Lekki Expressway, Victoria Island, Lagos, by 10 am prompt.

Immediately after the lecture, a panel of discussants will leverage on it to speak on how the manufacturing sector, the real estate sector and the management of our national debt can contribute to dig the Nigerian economy out of its current doldrums amidst the dwindling revenue from the sale of crude oil at the international market.

The panellists are Gimba Ya’u Kumo, Managing Director/Chief Executive Officer of the Federal Mortgage Bank of Nigeria; Remi Ogunmefun, Director General of the Manufacturers Association of Nigeria and Abraham Nwankwo, Director General, Debt Management Office. Both the lecturer and all of the panellists have confirmed their attendance at the event.

The Special Guest of Honour is SChris Ngige, former Governor of Anambra State and now minister of Labour and Productivity, while the chairman of the occasion is Mohammed Hayatu-Deen, founder/chief Executive Officer of Alpine Investments Services Limited. Hayatu-Deen, former managing director of the defunct FSB International Bank is one of the moving spirits behind the Nigerian Economic Summit. They have also confirmed their attendance.

After the panel and interactive session, there would be an investiture of prominent Nigerians into the prestigious Realnews Hall of Fame, exclusively reserved for only guest Speakers, discussants, book reviewers and chairpersons at our anniversary lecture series.

“They (inductees) all played key roles during our second anniversary Lecture and the induction into the Realnews Hall of Fame is just a token of our appreciation for the honour they did to Realnews Magazine and Publications Limited last year,” said Maureen Chigbo, publisher/editor of Realnews.

Chigbo also said that the Second Volume of the Paragon of Journalism, co-edited by her and the late Mike Akpan, publisher/editor and editor-in-chief of Realnews magazine, respectively, will be presented at the event.

Realnews, a general interest magazine, is an online publication which thrives on investigative journalism. It debuted November 19, 2012.

It focuses on oil and gas sector with its attendant environmental challenges as well as issues relating to business and economy, politics, power, health, women and youth. Its aim is to unearth exclusive stories about real people and the challenges they are facing in their day-to-day activities. It does this bearing in mind that government can only act to influence the lives of people positively if they are aware of their true situation.

Hence, its objective is to use its investigative skills to ferret out information in the sectors it focuses on and produce an unbiased report which will actually influence the government and decision makers to take actions that will make the society better.