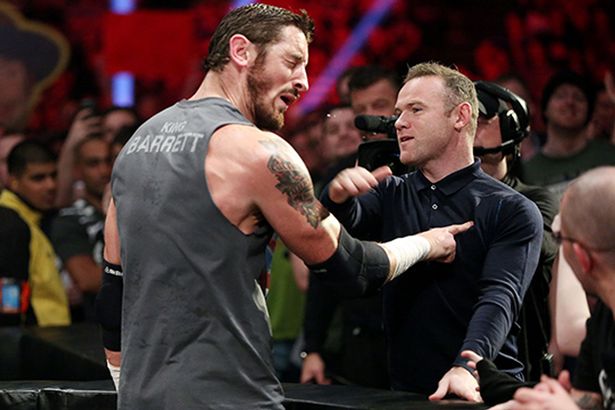 The British WWE star said: “In this ring are two men who can be described as having championship material,” said Barrett.

“Which is more than can be said for Wayne Rooney and Manchester United.”

The 6ft7 British WWE star approached Wayne Rooney and at this point the Manchester United captain, frowning, slapped the wrestler, drag the attention of the crowd.

It all ended peacefully as the wrestler did not retaliate.

Regardless of the slap, it was reported that Rooney and his fellow ex-Manchester ​U​nited team-mates had a wonderful night as they all had photos taken together with their fellow attendees.

Kogi 2015: Buhari Vs Abubakar Audu - The Realities Before Nigerians, By Phrank Shaibu