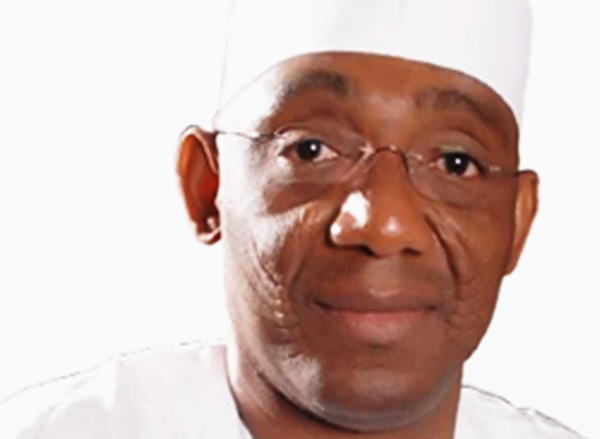 A former chairman of the Business Development Committee of the board of Afromedia Plc, Mohammed Gobir, has said the business transaction for which the managing director of the company, Akin Olopade, reported him to the Economic and Financial Crimes Commission, EFCC, had nothing to do with the company.

Mr. Gobir was arrested in his Ikoyi residence on September 12 by operatives of the EFCC and detained for four days.

On September 13, PREMIUM TIMES reported that Mr. Gobir was allegedly introduced to Afromedia sometime in 2008 by their private placement consultants, Synergy Capital Advisory Limited as a high-net-worth investor who was willing to inject N1 billion into the company, through the acquisition of shares.

Based on his touted pedigree as a potential investor, Mr. Gobir became close to the management and in no time became chairman of the Business Development Committee of the board of directors of the company, a position he was said to have later used to his advantage.

Having earned the trust of the company owners, Mr. Gobir allegedly started demanding large sums of money, which he termed business expenses, to international consultants, Royal Exchange Burue in the United Kingdom, to facilitate and secure investments from his bank in the UK, NATWEST BANK LONDON, officials said.

The company reportedly gave Mr. Gobir $1 million in cash and also paid his travel expenses on a first class return ticket to the UK where he would meet with the purported investors, which investigation later revealed neither existed nor were the meetings ever held.

Once, after the suspect had collected several sums of money and made several trips to the UK to meet with the purported investors, the group managing director of Afromedia accompanied him to the UK for another round of meetings ostensibly to close the deal.

But as soon as they landed in the UK, Mr. Gobir made a telephone call in which his travel companion overheard him screaming aloud, saying his asset were seized by UK anti-money laundering authorities.

He even showed the GMD an email sent to him for the alleged seizure.

Mr. Gobir allegedly confessed to the MD of Afromedia that his money ($250 million) was seized by the British Authorities five years earlier over allegations of money laundering and that he was currently financially handicapped and needed a bailout of $3.8 million to get the European Union Money Laundering Waiver Certificate.

In the September 13 report, PREMIUM TIMES reported that Mr. Gobir later presented a “waiver certificate” to the company and promised to pay them all the monies he had collected.

But in reaction to the allegations, Mr. Gobir told journalists in Abuja that involving Afromedia in the deal was standing truth on its head as the transaction was purely involving two of them.

The businessman said the figures were “outrageously wrong and unfounded”, noting that he was not given any opportunity to give his own side of the story before the issue was made public.

Mr. Gobir said as someone who was in charge of business development at Afromedia, his main duty was to secure high level business opportunities for the company.

It was on this basis, he said, that in one of the several private meetings he held with Mr. Olopade, both of them agreed on the possibility of the company exploring and receiving capital investments, following the melt down in the Nigerian stock market.

In accessing the capital investment, money was required to process and access the funds, a part of which was allegedly expended by Mr. Olopade.

He alleged that Mr. Olopade later turned around and requested for refunds, of which several payments were made in repayment to him.

Both men disagreed on the arrears to be paid having deducted earlier payments from total sum, with the two parties resolving to seek legal adjudication on the matter to determine what was due.

Mr. Gobir said if he was fraudulent or wanted to commit ‘419’ as Mr. Olopade and the EFCC alleged, he would not have started making refund to Mr. Olopade after they decided to end the business deal.

Mr. Gobir alleged further that it was after he started making the refund to Mr. Olapade that the EFCC came to his house to arrest him.

The businessman reiterated that linking him with ‘419’ was beyond his comprehension, noting that he had never been indicted nor arraigned for any criminal case nor involved in any fraud.

According to him, if he had not been involved in criminal acts or advance fee fraud previously, there was no way he would do so now at the height of his professional and business life.

He said he had been a credible businessman and contractor to federal ministries, parastatals, military and state governments for about three decades.

Mr. Gobir noted that it was this “background of excellence in business and extensive contacts” that made him to be recommended to join the board of Afromedia in 2009 at the time the company was raising funds to enhance its operations.

He said from the period he joined the board of Afromedia in 2009 to the time of his resignation in 2013, he made about N2 billion for the company.

He said a deep friendship developed between them afterwards, adding that it was on that basis that Mr. Olopade got mutual friends involved in the issue before the EFCC was called in.