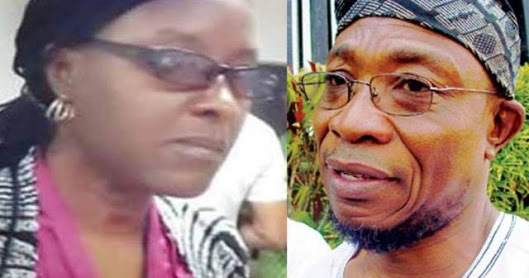 An Osogbo High Court has fixed September 15 for a definite hearing in the suit filed by Justice Folahanmi Oloyede against the Speaker of Osun Assembly, Najeem Salaam, and 10 others over the probe of Governor Rauf Aregbesola.

Justice Aderibigbe Adebayo adjourned the matter for definite hearing in a short ruling on Thursday.

He ordered counsel to the plaintiff, Lukman Ogunsetan, to serve the defence counsel with the petition personally before the adjourned date.

Earlier, counsel to the respondents, Adewole Afolabi, Surajudeen Ajibola and Adedapo Adeniji had told the court that Mr. Ogunsetan did not serve their clients petition personally.

Ms. Oloyede, a serving judge in the state, had sent a petition to the assembly, calling for the probe and impeachment of Gov. Rauf Aregbesola over alleged corruption.

The assembly, however, dismissed the petition on Aug. 4 following the recommendations of a seven-man ad hoc committee set up to investigate the allegations.

Not satisfied with decision of the assembly,Ms. Oloyede had approached the court to revisit the matter.