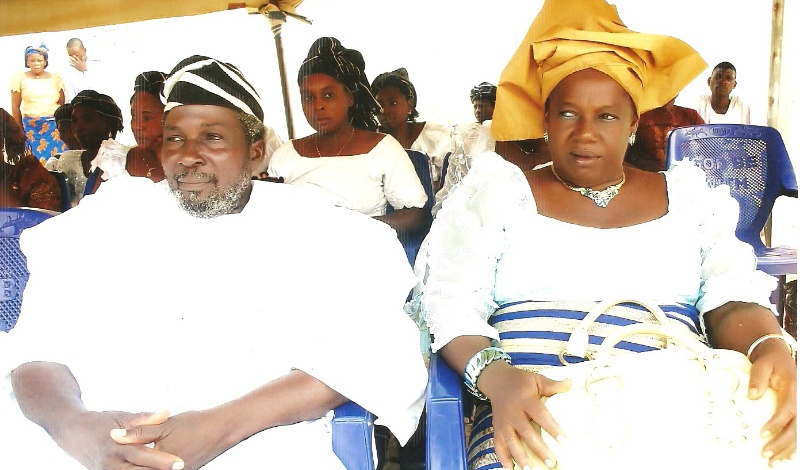 A university teacher has dumped his wife of 46 years, and their six children, saying his repeated effort to put the troubled marriage back on track has failed.

Sixty seven-year old Benki Womboh, a professor of Library and Information Science at Modibbo Adama University of Technology, Yola, told a court Wednesday he felt his life was not safe and that he needed an end to his turbulent marriage.

In an affidavit sworn to at the Federal High Court, Yola, Mr. Womboh disowned his wife, Grace Ayoo, 55, and her six children, saying he was fed up with the marriage and threats against his life.

“There was no longer any love in the marriage,” he said.

He said he tried several times to reconcile their differences but failed.

‘’There were several attempts to hold reconciliation meetings with Grace Ayoo, her children and family members but to no avail. Even a meeting convened at the instance of Grace Ayoo’s Pastor at NKST Akaajime, but she refused to attend,” he said.

In the affidavit, Mr. Womboh said he was forced, out of sympathy for his late friend, late Pastor Jacob Ayoo, to contract a “probational marriage” with his daughter, Grace Ayoo, in August 1969 at Makurdi.

Speaking to journalists, Mr. Womboh regretted that Grace Ayoo had shared the six children of the marriage and gave him only one boy, who is a lawyer in Makurdi, Benue state.

“Grace Ayoo took away four girls and one boy (Friday Terungwa) that they were not fathered by me. And to make matters worse, she married a security man from the then Benue Cement Company (now Dangote Cement Company) and she sued me, for divorce at a magistrate court at Makurdi.

“The court case was struck out because the man who married Grace Ayoo died and so she stopped attending the court,” he said.

Mr. Womboh said he took back Grace Ayoo and the five (5) children in 1999 after she left their home.

In between, he married three other wives in “quick succession”.

“But as a result of Grace Ayoo deserting the marriage at various times, I had to marry three other wives ‘in succession’, which means that as any one of them left he had to marry another one, because I do not want to be a bachelor at any point in time.

“When Grace Ayoo was brought back in 1999, she refused to recognize these other three wives and their four (4) children. On 9th June 2014 she invited me to her residence at Gboko and dictated new marital terms to me as follows:

‘’Drive away the other three wives,’’ he quoted the woman as saying.

He said Grace Ayoo threatened to quit with their six children if he failed to comply.

“The six children, whose ages range from 36-46, have refused to call their mother to order not to make them bastards in the Nigerian society,” he said. “The said children, either by means of a devilish spell or covenant, have become so gullible that whatsoever their mother says, they accept hook, line and sinker.”